Colorado has filed a lawsuit against e-cigarette maker Juul Labs, alleging that the company targeted youth in its marketing campaign and misrepresented the product’s health risks.

“Addiction to e-cigarettes poses major health risks to Colorado youth,” Attorney General Phil Weiser said in a news release. “Juul must be held accountable for its reckless, deceptive, and unconscionable marketing that specifically targeted youth, downplayed its nicotine content and the presence of dangerous chemicals, and deceptively claimed its products as a healthy alternative to cigarettes and as a smoking cessation device.”

According to the lawsuit, Juul designed their products to make them more attractive to minors. Juul is the largest manufacturer of e-cigarettes in the United States. It has faced similar legal action from other states including New York, California, Illinois, North Carolina and Massachusetts. 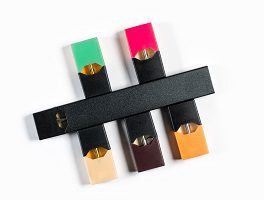 Vaping has become one of the most popular forms of substance use among young people, despite growing evidence of its health risks and harms.