Easily recognized as one of the most popular substance use trends among teens, vaping is the act of inhaling and exhaling an aerosol, often referred to as vapor, produced by an e-cigarette, vape pen, or similar device. These devices contain flavored e-liquids, nicotine and/or marijuana.

Although initially created to help existing smokers quit, enticing flavors such as mango, mint and tutti frutti have attracted young people and non-smokers to the products. Vaping’s popularity has by far eclipsed that of smoking cigarettes among today’s adolescents.

But, it’s important to know that vaping is not safe. Thousands of illnesses and even several dozen deaths have been linked to vaping. For the sake of their health, teens and parents alike should be educated about vaping and its potential for harm. 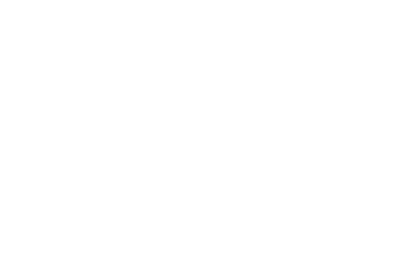 A vaping guide for parents

Understand its appeal to youth, what research has to say about the risks, and what you can do to prevent your child from vaping. Guia disponible en Espanol.

According to the CDC’s National Youth Tobacco Survey, 1 in 5 high school students reported vaping in the past month. With ample advertising geared toward teens and young adults, the availability of brightly colored vape pens and thousands of flavors to choose from, the expectation is that growth will continue. To help counter-balance the manipulative and deceptive messages and misinformation being directed at teens, parents should be prepared to answer the big questions their kids may have about vaping.

Vaping has become one of the most popular forms of substance use among young people, despite growing evidence of its health risks and harms.
Learn more

Some people have been led to believe that vaping is completely safe, but there are significant risks to be aware of – especially for young people.
Learn more

What you need to know about the wave of severe lung injuries, illnesses and deaths associated with vaping.
Learn more

Parents and caregivers should be concerned about the risks teenagers and young adults face when they vape marijuana.
Learn more

Vaping is serious and worthy of concern. Just about all vaping products contain nicotine, a highly addictive drug, and the negative health effects are broad and can be serious. The vast majority of people with nicotine addiction started using a nicotine product before age 21.

Despite this, a recent survey of parents of middle and high school students found that 40% said that they were not at all concerned about their own child’s use of vaping products. If you believe your child may try vaping, has tried vaping or is vaping regularly, it is definitely an issue worth addressing.

How To Talk To Your Child About Vaping

Understand what it is, its appeal to youth, what research has to say about the known and unknown risks, and what you can do prevent your child from vaping.
Learn more

Here are some clues to look out for if you suspect that your child may be vaping.
Learn more

Vaping: A Guide for School Professionals

If you have previously asked your child to quit or cut back without the result you’d hoped for, the circumstances surrounding COVID-19 present a good opportunity to try again.
Learn more