Detaching With Love: How I Learned to Separate My Son and His Addiction

My son Alex shoplifted to support his addiction. Needless to say, he got caught several times. The first few times when he was a minor, we’d get a call to come pick him up. He’d get a ticket and we’d pay a big fine and take him to court services for his probation and to a psychologist. This went on for a couple years.

When he turned 18 he was no longer a minor. With his record, they’d take him to jail. He’d make that phone call from jail, “Please come and bail me out. I’m never going to do this again.” Off we’d go. After a while, it started getting expensive. And my wife Darlene and I were not learning our lesson—and, by the way, neither was our son. We were doing the same thing over and over and our son was doing the same thing over and over. Nothing was changing. He’d make the same promises, we’d take the same action, and we couldn’t understand why he kept using.

This is where the idea of “detaching” and setting boundaries started with us. We decided we weren’t going to pay bail next time, but it wasn’t easy.

As a mom and dad, it is very hard to think of your child sitting in jail. In Jackson County, MO jail, he witnessed a person getting stabbed. The food is universally bad at jails and without money on your books, you can’t even get a toothbrush to brush your teeth. He had food stolen from him and at times had to fight to keep it. He spent two days in solitary confinement for defending himself against an inmate who attacked him. The jails are filled with criminals such as rapists and murderers… and then people like my son, who are addicted to drugs. It makes no sense to me.

It’s hard to think of yourself as a loving parent when you know that for just a few hundred dollars you could get your child out of those situations. You wonder: if I don’t pay the bail, am I really a loving parent? But eventually, the day comes when you don’t pay. We once let our son sit in the Johnson County, KS Resort for 11 days because we wouldn’t post a $50 bond. Sounds horrible, doesn’t it?

This is what detaching with love and allowing natural consequences means. Your boundaries must match your values. It works for us this way. Overriding all is the value that we love our son. When you sit down to think about and discuss boundaries, this goes at the top of the list. Every single boundary is tested against that value.

Another value we hold close and taught our kids is that stealing is wrong. Stealing carries consequences and it should. Bailing him out removes or minimizes the consequences. Contrary to our values, we were bailing him out. We hated what he was exposed to in jail but he had established a pattern: he got caught, he called, we jumped up to save him with cash in hand.

Darlene and I sat down and determined where we would go and where we would no longer go. This began to help us establish our boundaries. You can’t cover all of the possible situations, you just cover what you can. You must know that once you learn how to judge behaviors and fight the instinct to enable by rescuing, the it becomes easier and more natural.

Once boundaries are determined, you must sit down with your child and explain where you will no longer go with him. In fact, you can even start each sentence with, “Because we love you…” and then, for instance, “We can no longer bail you out of jail. All of your life we taught you that stealing was wrong and you know that in your heart, so we cannot support your actions by bailing you out when you do something you have been taught all your life is wrong. I hope you understand this and can accept our decision.”

For each boundary we had discussed, the conversation went like that. Our son hated it when we turned off the TV and asked him to sit down at the table to talk. This satisfied our need to tell him of our expectations, and it told him what to expect from us. Yes, he still called, begged, pleaded and cried from jail, but what we had been doing in the past didn’t work and was bad for all of us. We had to change the rules, but that didn’t mean we loved him any less, it meant we loved him more. It hurt us terribly to let him sit in jail.

Even with his begging and pleading we were still able to sleep at night and have a moment of down time. He was in jail and we knew jail was safer than being on the street scoring and shooting endless heroin. We then began to see jail as “protective custody.”

We detached from Alex’s crimes and actions; we did not detach from him. We still loved him, took some of the $10-for-10-minute collect calls from jail. On those calls, we always ended by saying that we loved him and asking him to please help himself. We were doing all we could and all that we knew we could possibly do. Detach from the actions, crimes, drug use, lying and every other terrible thing a drug addict does to himself and others. Love and support the person inside, not the addiction controlling his life.

Today, Alex is two-and-a-half years sober. We figured out a way to let natural consequences sink in, and that, combined with our love and support for him, helped him enter treatment and begin his life again. 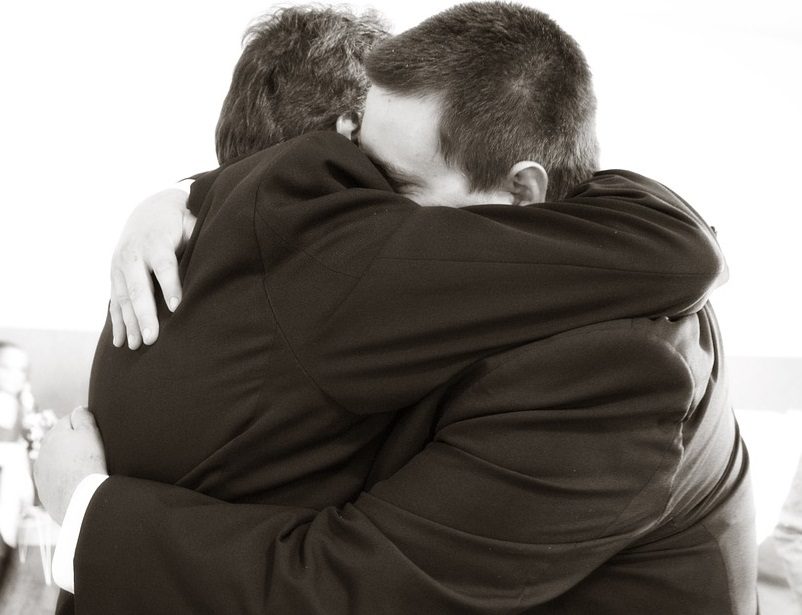 Skills to help your family heal

Learn how to parent toward recovery, and scientifically-proven approaches to help parents change their child’s substance use by staying involved in a positive, ongoing way