What is the Cinnamon Challenge? 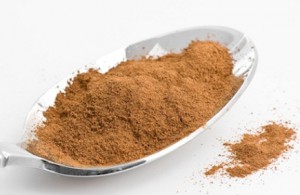 We sat down with Jerry Otero, parent support specialist with the Partnership for Drug-Free Kids’s Parents Toll-Free Helpline, to find out what the “Cinnamon Challenge” is and what it means for kids and parents.

Q: What is the “cinnamon challenge?”

A: The “cinnamon challenge” is a popular video stunt where people shovel a spoonful of ground cinnamon into their mouths in 60 seconds without drinking any liquid. YouTube has thousands of videos showing people doing the challenge, only to end up coughing and choking.

Q: What dangers does this pose for my child?

A: It sounds pretty harmless, but it’s more dangerous than it appears. The truth is that people are being poisoned and sickened because of the “cinnamon challenge.” In fact, a recent report in the journal Pediatrics found that this challenge has led to a growing number of calls to poison control centers and ER visits. Some teenagers have suffered collapsed lungs and ended up on ventilators.

In rare cases, it can result in long-lasting lung problems due to lesions and scarring that form on the lungs or chronic inflammation of the airway — especially in those who already have asthma.

Based on this, I advise parents to know the facts, talk with their kids and don’t take this “challenge” lightly.