The Partnership at Drugfree.org and DDB New York Team Up on “Damaged Circuits” 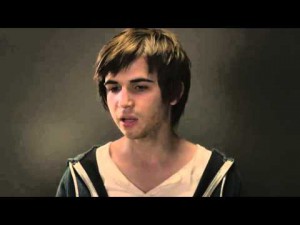 New York, NY – June 4, 2013 – the Partnership for Drug-Free Kids, a national nonprofit helping parents solve the problem of teen substance abuse, and DDB New York, a worldwide advertising agency, have joined forces to launch “Damaged Circuits.” The new, multimedia creative campaign breaks this week and helps parents understand that while teens may think trying drugs once or twice is harmless, any amount of teen drug use can get out of control before parents and teens realize it. Created pro-bono for the Partnership for Drug-Free Kids by DDB New York, the public service campaign consists of TV, radio, print and digital banner ads.

“Damaged Circuits” is targeted to parents of teens and young adults who suspect their child may be using drugs or alcohol. The television spot, which will air in :15 and :30 versions, depicts both the physical and cognitive damage that occurs to young people’s brains as a result of substance abuse. It opens with an energetic tween talking about what happens to the developing adolescent brain when one takes drugs. As he talks, his appearance slowly begins to deteriorate, his speech begins to slow and his attention begins to wander. By the end of his explanation, he appears tired, distracted and unkempt. The spot closes with a voiceover that says: “The signs are there. So is our help. Visit the Partnership for Drug-Free Kids for practical information on coping with teen drug use.”

“The drug issue today is far more complicated than it was 25 years ago when we aired our iconic PSA that depicted a fried egg and asked ‘…This is your brain on drugs. Any questions?’ Leveraging that equity, we’re now able to provide answers because we know so much more about the effects of drug use on the brain and the impact on a child’s development, particularly memory and learning,” said Rebecca Shaw, Director of Advertising and Production for the Partnership for Drug-Free Kids. “It’s hard for parents to imagine their teen struggling with a drug problem, especially if he’s ‘just experimenting,’ but it’s really a slippery slope. DDB successfully captured that in a visual way that’s both shocking, yet brilliantly subtle. It makes you realize how a teen’s drug use can get out of control right before your eyes.”

Other integral parts of the new campaign include print and banner PSAs. These creative pieces display a blinking neon sign connected by circuits to an image of a brain that reads: “Damaged circuits from teen drug abuse can impair motivation and memory. If you think your teen is using drugs, don’t wait. The signs are there. So is our help.” The ads direct audiences to drugfree.org for resources and information that can help parents intervene early in their teens’ drug use. Early intervention can help prevent kids from having problems with drugs and alcohol down the line.

Matt Eastwood, Chief Creative Officer of DDB New York, said, “The Partnership has a strong history of powerful work that, without doubt, has helped save many lives. So it was with great pride that DDB New York signed on to create the next campaign. The beauty of DDB New York’s TV spot is its subtlety. It sneaks up on you, like drug addiction, and before you know it the young man in the spot has transformed right in front of you. You don’t see it happening, yet the change is remarkable. It’s haunting.”

Added Shaw, “DDB was an outstanding partner whose enthusiasm and passion for this project was apparent throughout the entire creative process. The agency team was extremely cohesive and they worked with us in an incredibly collaborative way to deliver a powerful and beautifully executed campaign.”

To learn more about the science behind the teen brain and how it shapes normal teen attitudes and behavior, visit the Partnership for Drug-Free Kids’s “Teen Brain” resource.

Client: the Partnership for Drug-Free Kids

Ninety percent of addictions start in the teenage years. The Partnership at Drugfree.org is dedicated to solving the problem of teen substance abuse. Together with experts in science, parenting and communications, the nonprofit translates research on teen behavior, addiction and treatment into useful and effective resources for both individuals and communities. Working toward a vision where all young people will be able to live their lives free of drug and alcohol abuse, the Partnership for Drug-Free Kids works with parents and other influencers to help them prevent and get help for drug and alcohol abuse by teens and young adults. The organization depends on donations from individuals, corporations, foundations and the public sector and is thankful to SAG-AFTRA and the advertising and media industries for their ongoing generosity. If you or someone you know if struggling with drug or alcohol abuse, please call The Parents Toll-Free Helpline at 1-855-DRUGFREE.

DDB Worldwide (www.ddb.com) is one of the world’s largest and most awarded advertising and marketing networks. In 2012, DDB was named Advertising Network of the Year by Campaign, as well as Agency of the Year and Digital Agency of the Year by Strategy magazine. At the prestigious 2012 Cannes International Festival of Creativity, DDB won 82 Lions, the most ever for the network. In addition, The Gunn Report has listed DDB as one of the Top 3 Global Networks for the last 12 years. The agency’s clients include Volkswagen, Reebok, McDonald’s, Unilever, Mars, Johnson & Johnson, and Exxon Mobil, among others. Founded in 1949, DDB is part of the Omnicom Group (NYSE) and consists of more than 200 offices in over 90 countries with its flagship office in New York, NY.