~ Nearly One-Third of Parents Believe Stimulants Can Improve Academic Performance, Even for Teens Who Do Not Have Attention Deficit Hyperactivity Disorder ~ 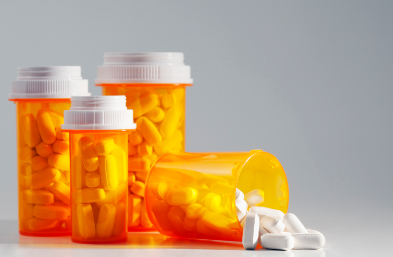 New York, NY – April 23, 2013 – New, nationally projectable survey results released today by the Partnership for Drug-Free Kids and MetLife Foundation confirmed that one in four teens has misused or abused a prescription (Rx) drug at least once in their lifetime – a 33 percent increase over the past five years. The Partnership Attitude Tracking Study (PATS) also found troubling data on teen misuse or abuse of prescription stimulants. One in eight teens (13 percent) now reports that they have taken the stimulants Ritalin or Adderall when it was not prescribed for them, at least once in their lifetime.

Contributing to this sustained trend in teen medicine abuse are the lax attitudes and beliefs of parents and caregivers. In fact, nearly one-third of parents say they believe Rx stimulants like Ritalin or Adderall, normally prescribed for attention deficit hyperactivity disorder (ADHD), can improve a teen’s academic performance even if the teen does not have ADHD. Parents are not effectively communicating the dangers of Rx medicine misuse and abuse to their kids, nor are they safeguarding their medications at home and disposing of unused medications properly. (Read all Key Findings here)

The new PATS data confirm that misuse and abuse of prescription drugs is now a normalized behavior among teens:

“These data make it very clear: the problem is real, the threat immediate and the situation is not poised to get better,” said Steve Pasierb, President and CEO of the Partnership for Drug-Free Kids. “Parents fear drugs like cocaine or heroin and want to protect their kids. But the truth is that when misused and abused, medicines – especially stimulants and opioids – can be every bit as dangerous and harmful as those illicit street drugs. Medicine abuse is one of the most significant and preventable adolescent health problems facing our families today. What’s worse is that kids who begin using at an early age are more likely to struggle with substance use disorders when compared to those who might start using after the teenage years. As parents and caring adults, we need to take definitive action to address the risks that intentional medicine abuse poses to the lives and the long-term health of our teens.”

Rx stimulants are a key area of concern, with misuse and abuse of Ritalin and Adderall in particular driving the noted increases in teen medicine abuse. Stimulants are a class of drugs that enhance brain activity and are commonly prescribed to treat health conditions including ADHD and obesity. The 2012 data found:

“We need to make sure that children and adolescents receive a thorough assessment before being placed on stimulant medications, and that if medication is prescribed to a child, it should only be as one component of a comprehensive ADHD management plan,” said Alain Joffe, MD, MPH, Director, Student Health and Wellness Center at Johns Hopkins University and Former Chairman, American Academy of Pediatrics Committee on Substance Abuse. “We don’t really know what long-term effects these ADHD medications will have on the still-developing brains of adolescents who do not have ADHD. We do know they can have significant side effects, which is why they are limited to use with a prescription.”

Abuse of prescription pain medicine remains at unacceptably high levels among teens, but the new PATS data show it may be flattening. Teen abuse of prescription pain relievers like Vicodin and OxyContin has remained stable since 2011, with one in six teens (16 percent) reporting abuse or misuse of an Rx pain reliever at least once in their lifetime and one in 10 teens (10 percent) admitting to abusing or misusing an Rx painkiller in the past year.

Parent permissiveness and lax attitudes toward abuse and misuse of Rx medicines, coupled with teens’ ease of access to prescription medicines in the home, are key factors linked to teen medicine misuse and abuse. The availability of prescription drugs (in the family medicine cabinet, in the homes of friends and family) makes them that much easier to abuse. The new survey findings stress that teens are more likely to abuse Rx medicines if they think their parents “don’t care as much if they get caught using prescription drugs, without a doctor’s prescription, than they do if they get caught using illegal drugs.”

“This new data is not about blaming parents. Rather, it’s an urgent call to action for them to use their immense power to help curb this dangerous behavior. It’s about missed opportunities to protect their kids by having direct conversations with them about the health risks of misusing and abusing medicines – and to then moving to safeguard the medicines in their own home,” said Pasierb. “Parental apathy on this issue is contributing to the problem. Yet the same data show year in and year out that kids who learn a lot about the risks of drug use at home are up to half as likely to use as kids who don’t get that life-changing gift from their parents.”

The 2012 PATS study also shows that parents do not seem to be as concerned with prescription drug abuse as they are with use of illicit drugs. A majority of parents (80 percent) are at least somewhat concerned about illicit drug abuse compared to 70 percent who report being concerned about Rx drug abuse. But in reality, teens are more likely to have abused prescription medicine within their lifetime more than many other substances, with 12 percent of teens abusing Ecstasy, nine percent abusing crack/cocaine and 15 percent abusing inhalants within their lifetime.

“Parents need to be very clear in the messages they send their kids about the misuse and abuse of prescription medications,” said Dennis White, President and CEO of MetLife Foundation. “It is important for parents and caregivers to set a good example in their own families. This includes using their own medicines properly, safeguarding medications in their own homes and properly disposing of unused medicines so teens won’t have easy access to them.”

Mixed Results on Teen Abuse of Other Substances

In response to the continued high prevalence of teen prescription medicine abuse as reported in the 2012 PATS data, the Partnership for Drug-Free Kids is helping educate parents, community stakeholders and others about the dangers of this behavior. the Partnership for Drug-Free Kids leads The Medicine Abuse Project, a multi-year initiative with the goal of preventing half a million teens from abusing prescription medicine by the year 2017.

The Medicine Abuse Project provides comprehensive resources to parents, educators, health care providers, law enforcement officials and others about the growing problem of teen medicine abuse. The Project aims to mobilize parents and the public at large to take action and help solve the problem of teen substance abuse. This includes learning about the issue, talking with their kids about the dangers of misuse and abuse of prescription drugs and properly monitoring, safeguarding and disposing of excess Rx drugs in their homes.

One way parents, grandparents and other caretakers can take immediate action is by participating in the upcoming

Collection sites will be set up around the country, open for medicine drop-off between the hours of 10:00 a.m. and 2:00 p.m. Those interested in disposing of their medicine at a take-back location this Saturday can visit The Medicine Abuse Project website to find the nearest site to safely drop off their unused, unwanted or expired prescription medicines. In the five previous Take-Back events, more than 2 million pounds of prescription medicines were safely dropped off and removed from circulation.

The 24th annual Partnership Attitude Tracking Study (PATS) of 3,884 teens in grades 9-12 and 817 parents is nationally projectable with a +/- 2.1 percent margin of error for the teen sample and +/- 3.4 percent for the parent sample. Conducted for the Partnership for Drug-Free Kids and MetLife Foundation by GfK Roper Public Affairs & Corporate Communications, the 2012 PATS teen survey was administered in private, public and parochial schools, while the parent survey was conducted through in-home interviews by deKadt Marketing and Research, Inc.