Use of Prescription Drugs and Alcohol Declines Among U.S. Teens 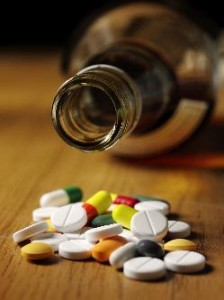 The University of Michigan’s Monitoring the Future Study (MTF), an annual survey tracking teen drug abuse among 8th-, 10th,- and 12th– graders, shows a continued decline in the misuse of prescription drugs and cough/cold medicines on behalf of U.S. high school students.

Among high school seniors, there is a statistically significant decline in any prescription (Rx) drug misuse (including narcotics, sedatives, tranquilizers and/or amphetamines) between 2013 and 2014, from 16 percent to 14 percent now saying they used one or more Rx drugs in the 12 months prior to the survey.

In addition, abuse of over-the-counter (OTC) cough and cold medicines declined among all groups surveyed, with annual prevalence declining from 4.0 percent to 3.2 percent for all three grades combined.

“While OTC cough medicine and prescription drug numbers show progress, there is still much more we can do, and must continue to do, to stop the flow of young lives into risk,” said Steve Pasierb, President and CEO of the Partnership for Drug-Free Kids. “We can start by eliminating the accessibility that teens have to medicines by safeguarding them in our homes. We can reverse the low perception of risk in abusing medicines that exists among both teens and parents. And, we must encourage all adults with a child in their life to monitor their prescription medicines, educate their kids about the risks of misuse and abuse and encourage everyone to properly dispose of expired medicines.

By contrast, past-year non-medical use of Adderall, an Rx stimulant often prescribed for Attention Deficit Hyperactivity Disorder, (ADHD) remained relatively steady, at 6.8 percent for high school seniors. The MTF survey continues to show that most teens obtain medicines from family and friends or and some even misuse and abuse their own prescriptions.

In addition to the findings on Rx and cough medicine misuse and abuse, the study showed a decrease in the use of alcohol, cigarettes and other illicit drugs as well. In fact, this year’s survey shows that both alcohol and cigarette use in 2014 are at their lowest points since the study began in 1975. All three grades showed a decline in the proportion of students reporting any alcohol use in the 12 months prior to the survey, and all three grades combined dropped from 43 percent to 41 percent – a significant change.

Cigarette Use Down, E-Cigarettes Surpass Tobacco Cigarettes Among Teens

Cigarette smoking reached historical lows among teens in all three grades, with 28 percent reporting any smoking.

“The sustained decline in cigarette use by teens is incredibly encouraging, and we are heartened by the progress there,” Pasierb said. “However, with the increase in e-cigarette use and the strong appeal of these products to teens, we now have new risks to consider. This includes the danger of a new generation of teens who are hooked on nicotine.”

Illicit Drug Use Also on the Decline

Abuse of marijuana was reported to show a slight decline in 2014, with use in the prior 12 months decreasing from 26 to 24 percent in all three grades surveyed.

When synthetic marijuana, also known as K-2 or “spice,” was first included in the survey in 2011, the number of high school seniors who reported abusing synthetic marijuana was 11 percent. In the 2014 survey, it has fallen by nearly half to 6 percent.

“Bath salts,” Ecstasy (MDMA) and hallucinogens other than LSD also saw declines, but the numbers remain flat for other illicit drugs, including heroin, crack and methamphetamine.

With the ultimate goal of preventing half a million teens from abusing medicine, the Partnership for Drug-Free Kids continues the momentum of The Medicine Abuse Project, a multi-year national mobilization program to help educate parents, teens and the public about the dangers of medicine abuse. Launched in 2012, the Project aims to drive awareness and action, encouraging parents to safeguard the medications in their home, track quantities and talk with their families about the dangers of medicine abuse.

“The Medicine Abuse Project has already made significant inroads toward preventing half a million teens from abusing medicines. For the past five years, the Partnership has also been working tirelessly to specifically address the abuse of dextromethorphan, (DXM) the active ingredient in many OTC cold and cough medicines sold in the U.S.,” added Pasierb. “These two initiatives are now working more closely with Above the Influence, our unique, teen-targeted campaign that inspires young people to make healthy decisions, with the combined goal of making a positive difference in more young lives. The Partnership remains steadfast in our commitment to this vital work and we look to these encouraging and positive trends in declining teen drug use as a signal to redouble our efforts and make even greater progress.”

Visit drugfree.org/MedicineAbuseProject and learn what role you can play in ending the teen medicine abuse epidemic.

Staying Connected: A Message from our CEO, Creighton Drury, on COVID-19

As our nation moves into what appears to be a new reality arising from the COVID-19 pandemic, the health, safety and well-being of our staff, community and their families are top priorities for us. Through this challenging time, our work continues.