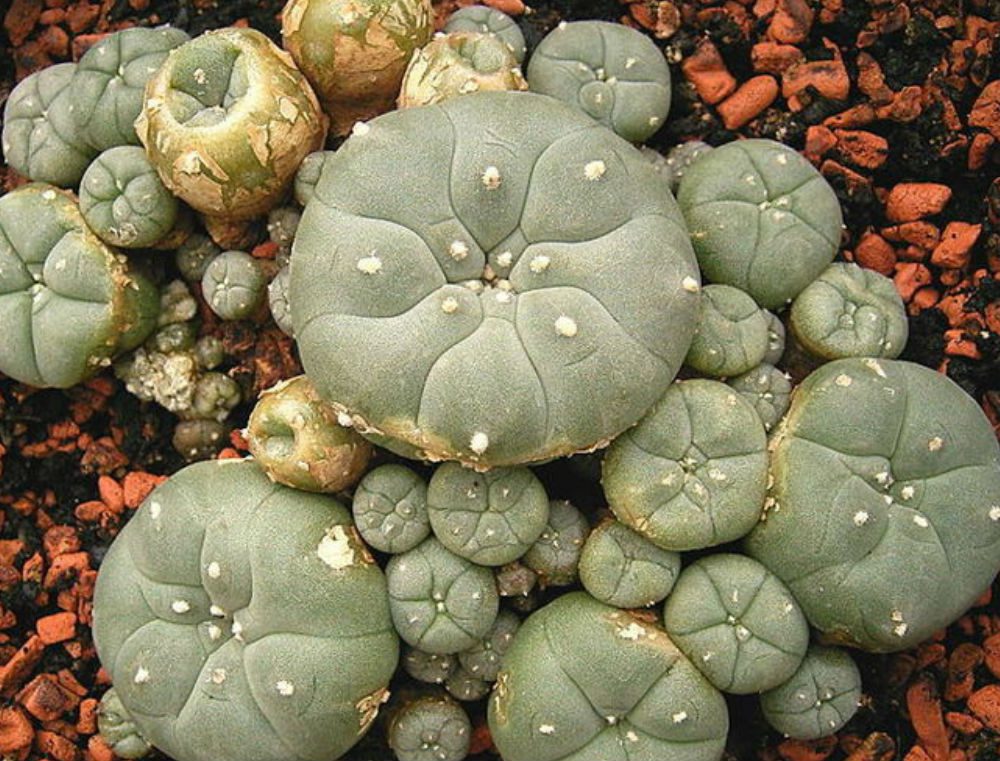 Know the facts about peyote/mescaline and connect with help and support to keep your child safe.

What is it?
Peyote is a small, spineless cactus, Lophophora williamsii, whose principal active ingredient is the hallucinogen mescaline. From earliest recorded time, peyote has been used by native peoples in northern Mexico and the southwestern United States as a part of traditional religious rites. Mescaline can be extracted from peyote or produced synthetically.1

What does it look like?
Plants may be blue, green, yellow or a combination of reds and greens. The “crown” of the peyote cactus consists of disc-shaped buttons that are cut from the roots and dried.

How is it used?
The dried buttons are generally chewed or soaked in water to produce an intoxicating liquid.2

What do young people hear about it?
Hallucinogens like peyote/mescaline create altered states of perception and feeling.

What are the risks?
Once ingested, peyote can cause feelings of nausea before the desired mental effects appear. Other effects can include increased body temperature, heart rate and blood pressure; loss of appetite, sleeplessness, numbness, weakness and tremors. Effects can be different during each use due to varying potency, the amount ingested, and a person’s expectations, mood and surroundings.

A person using peyote may sometimes experience enjoyable sensations, but also report terrifying thoughts and anxiety, fear of insanity, death and of losing control. Some people experience “flashbacks,” or hallucinogen persisting perception disorder (HPPD), which are recurrences of hallucinations long after ingesting the drug. The causes of these effects, which in some people occur after a single experience with the drug, are not known.3