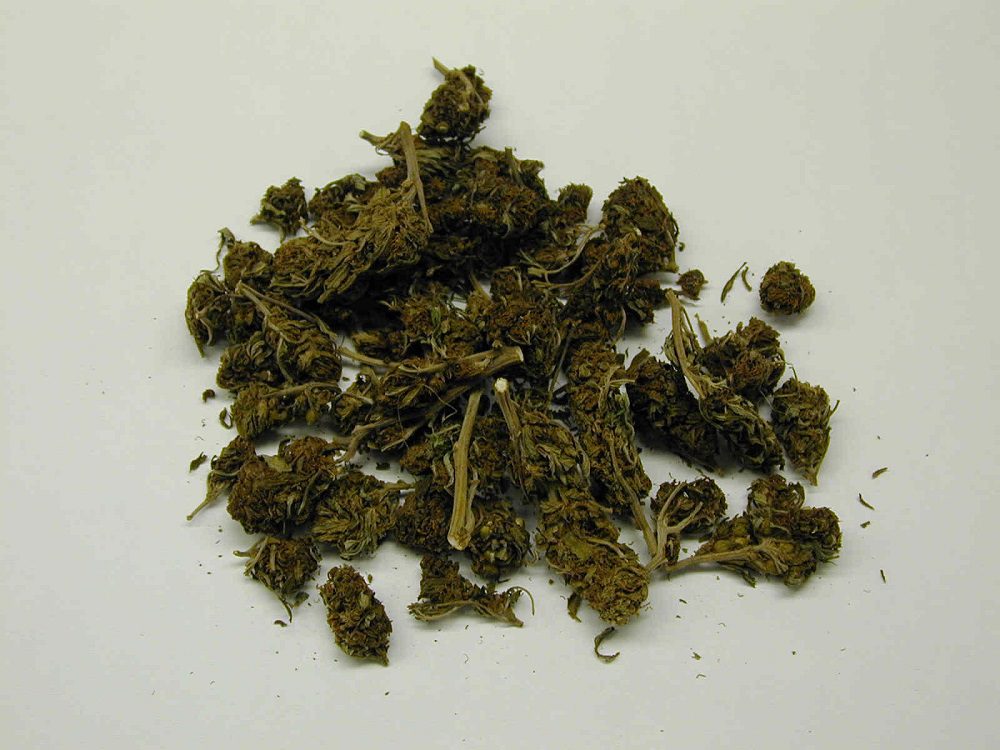 Know the facts, connect with resources, and get one-on-one support to help you address known or suspected marijuana use with your child.

What is marijuana?
Marijuana, the most often used illegal drug in this country, is a product of the hemp plant, Cannabis sativa. The main active chemical in marijuana is THC (delta-9-tetrahydrocannabinol). Of the roughly 400 chemicals found in the cannabis plant, THC affects the brain the most.1

What does marijuana like?
Marijuana is a green or gray mixture of dried, shredded flowers and leaves of the hemp plant (Cannabis sativa). It also comes in the form oil and wax extracts and a wide array of food products.

How is marijuana used?
Many people roll loose marijuana into a cigarette called a “joint.” Marijuana can also be smoked in a pipe or water pipe (called a “bong”) or vaporized using a “vape” pen. A single intake of smoke from a joint or pipe is called a hit. Marijuana can also be mixed into food or brewed as tea and ingested. It is also smoked in cigars called “blunts.”

In states where marijuana has become legalized, more and more marijuana “edibles” are seen in retail establishments where marijuana is sold, including baked goods and candy that closely or even exactly resemble well-known foods (example: brownies, chocolate, cookies, pizza or gummy bears).

Some people smoke THC-rich resins extracted from the marijuana plant, a practice called dabbing. These extracts come in various forms, including hash oil (a gooey liquid), wax (a soft solid that resembles lip balm) and shatter (a hard, amber-colored solid). These extracts can contain very large amounts of THC.1

For more on this topic, see Ways Marijuana is Used: A Guide for Parents.

What do young people hear about it?
People who use marijuana may experience a pleasant euphoria and sense of relaxation. Other common effects may include heightened sensory perception (such as brighter colors), laughter, altered perception of time, and increased appetite.

Not sure what to say, or how to answer your teen’s questions about marijuana? Our Marijuana Talk Kit can help. Learn more >>

What are the risks or marijuana use?
Short-term effects of marijuana include disrupted learning and memory, difficulty with thinking and problem solving, distorted perception (sights, sounds, time, touch), loss of motor coordination, increased heart rate, and anxiety. These effects are even greater when a person combines marijuana with other drugs (including alcohol). Using marijuana may cause dry mouth.

Marijuana increases the risk of chronic cough and bronchitis, and increases the risk of schizophrenia in vulnerable individuals. It may increase risk of anxiety, depression and a series of attitude and personality changes, known as “amotivational syndrome.” This syndrome is characterized by a diminished ability to carry out long-term plans, a sense of apathy, decreased attention to appearance and behavior, and decreased ability to concentrate for long periods of time. These changes can also include poor performance in school. Marijuana can lead to addiction. It affects the brain’s reward system in the same way as all other drugs of addiction – and the likelihood of addiction increases considerably for those who start young.2

Get a better understanding of the specific risks to teens and young adults, learn what you should and shouldn’t say, and how to respond to their tough questions.

Get the Marijuana Talk Kit

How to Talk About Marijuana

There isn’t one script for talking about marijuana, but here's what you’re likely to hear -- and a few suggestions for how to respond.