Passing Out After Drinking Linked to Increased Risk of Dementia

A new study links passing out after drinking with an increased risk of dementia, UPI reports.

Researchers at University College London reviewed data on more than 130,000 adults. Overall, 10% of the study participants said they had lost consciousness due to alcohol consumption during the past year.

Men who passed out after drinking were three times as likely to develop dementia within the next 10 years compared with men who did not pass out. For women, the risk was more than double compared with their peers who didn’t lose consciousness after drinking.

The study suggests binge drinking is a long-term risk factor for dementia even if a person usually drinks moderately, said study co-author Mike Kivimaki. He said it is possible that high alcohol consumption increases the risk for other diseases, such as heart disease, high blood pressure and diabetes, which contribute to dementia risk. 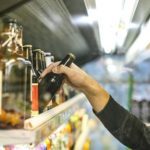 Is Alcohol Use Spiking in Your Home?

If you are concerned about increased alcohol consumption in your home, our helpline, parent coaches and our Text COVID program are just some of the resources families can use to address a loved one’s drinking.