A study of tweets mentioning Juul or other vaping devices suggests most Twitter users who vape aren’t trying to quit smoking, HealthDay reports.

Researchers analyzed more than 4,000 tweets mentioning Juul or other vaping devices. They found just 1% mentioned Juul as a way to quit smoking. Only 7% mentioned any vaping health benefits, the researchers wrote in the Journal of Medical Internet Research – Public Health and Surveillance.

“Some people thought that my generation was going to end smoking,” lead researcher Ryzen Benson of the University of Utah said in a news release. “For a while, we did see a large decline in smoking among teens and younger adults. But then Juul and other electronic nicotine delivery systems became popular. This emergence is reflected in what we found being posted on Twitter. Based on what we saw in people’s tweets, they are clearly not using Juul as a smoking-cessation tool or as a healthier alternative to traditional cigarettes.” 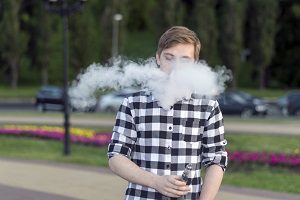