As a parent searching for answers, you may be considering drug testing with the expectation that it will discourage your child from experimenting with drugs, hopefully preventing a world of hurt down the road. If you suspect your child is already using substances, you may assume that testing will discourage experimental use before it escalates into serious use or addiction. However, many experts recommend against drug testing our kids unless it is done by a medical professional, and only when it is truly warranted.

Drug testing your child: the challenges

Timing is tricky because various drugs react very differently. For example, marijuana leaves the system slowly and may result in positive tests for several days or even a month, depending on the amount and frequency of use. On the other hand, cocaine, heroin and meth generally clear the system very quickly, usually in one to three days.

With that in mind, should you test once a week or more often? On Monday mornings? The day after a party or social event? Random tests provide the element of surprise, but they also present the possibility that your timing will be off and your child will test negative, even if they have used during the past few days.

The American Academy of Pediatrics advises that testing can be an invasive breach of trust that may damage the relationship between parent and child. If not done correctly, you may be viewed as a police officer rather than a parent, which does little to promote a healthy, trusting relationship. Regaining lost trust with a son or daughter who feels betrayed is never easy.

In general, it’s risky to test your child without a really good reason. A kid who has no intention of experimenting with drugs or alcohol will understandably resent the lack of trust indicated by testing without clear justification.

What type of test is best?

There isn’t a single test that will detect all substances, and a kit from your neighborhood pharmacy might test negative for one drug while totally missing others. No test casts a wide enough net to catch every possible drug.

Are you willing to observe?

It’s almost certain that your teen will resent you watching closely as she fills the bottle, but, if so motivated, many kids know ways of getting around a urine test. For example, bleach or other substances are often used to adulterate drug tests, and purchased or “borrowed” urine is frequently used to escape detection. Kids are aware that a variety of options are available online, at any neighborhood head shop, or even at many all-night convenience stores. Also, claims of “I don’t need to pee right now” or “I can’t go with you watching,” are likely to result in heated arguments between parent and child.

What about other types of tests?

Hair testing sounds like a viable, non-invasive alternative to urine testing, but hair samples won’t detect use in the last week to 10 days and may be skewed by rate of hair growth, hygiene or use of cosmetics, dyes or bleaches. Hair testing generally isn’t an option for occasional or recent drug use, but is generally used for heavy use that has occurred over an extended time. The long window of detection makes hair tests impractical for parents.

Similarly, saliva tests are easy and less invasive than urine tests, and many detect drugs before the substances are detectable in urine. The problem is that a savvy young adult may find ways of generating more saliva to dilute the test, and smoking cigarettes may also skew the results. In order for saliva tests to be effective, you’ll need to ensure your child is supervised for 30 minutes prior to sampling. 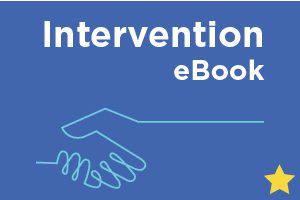 Learn how to have a conversation with your child

The best thing to do if you’re concerned about your child’s drug use is to start a conversation with him or her. But how? Get the answers to how to approach your son or daughter about drug use in the Intervention eBook.

Why it’s best to leave drug screening to the professionals

Dr. Sharon Levy, Director, Adolescent Substance Use and Addiction Program at Boston Children’s Hospital, recommends against home drug testing. In Dr. Levy’s words, “I am not at all convinced that drug testing is useful as a preventive tool; it is a terrible tool for identifying use (since most teen and young adult drug use is sporadic, which is very unlikely to be picked up by a random test), and it is certainly not a stand-alone treatment for a substance use disorder.”

Further, some kids will switch using one substance for another in an attempt to avoid a positive drug screen. For example, some teens who enjoy smoking marijuana will switch to a synthetic form like K2 or Spice to beat a marijuana drug screen, often with disastrous outcomes.

“If you suspect your child has a substance use problem or disorder, my suggestion would be to drop the drug kit and to speak with a health professional,” recommends Dr. Levy.

Spot the Signs of Teen or Young Adult Substance Use

If You Discover Your Child is Using Drugs: Start Talking

Take action to address drug and alcohol use early. Learn how talk with your child and have a productive conversation addressing their substance use.