Being ‘In Recovery’: What Does It Actually Mean?

Many families have children “in recovery,” and what that word means to each can vary.

Once treatment is completed, whether inpatient or outpatient, the hope is that life will get back to “normal.” Recovery can be synonymous with total abstinence, but not always. From our conversations with families, here is what recovery looks like for them. Names have been changed but the stories are real.

Nadia talked about her 17-year-old son’s return from rehab as having him in a witness protection program, save for his name. She thought everything would be “fixed” with residential treatment, but quickly learned about the challenges of early recovery.

“Andy’s been home about a month and everything has changed — his school, friends, hobbies, his cell number — everything. When he isn’t in school, he goes to AA meetings and therapy appointments. I think he’s really on board with abstinence, but I have to say all of these changes seem so daunting to both of us. While I’m really happy with how he’s doing, I find myself on pins and needles worrying that he’ll relapse. He was really irritable last night and all I could think of was, ‘Is he going to use?’ He told me he was just worried about his science assignment, but I wasn’t sure.”

Tom lamented that while his son is not using substances anymore, he doesn’t seem to be able to “get his act together.” “I thought he would jump back into life after rehab, but so far he only has a part-time job and barely makes meetings. I worry about his mood swings and he seems to be sleeping a lot. I’ve encouraged him to see his psychiatrist about his medications — maybe something needs to be adjusted there.”

“My daughter has been abstinent from everything for a year after struggling with heroin, which I’m totally grateful for,” Diane shared. “About a month ago though, Jess told me and her dad that she wants to drink. She’s always liked to go out dancing and says she wants to enjoy a drink every now and then with her friends. She’s 26, so what could I say? I told her I was concerned. I think this is such a slippery slope, but I was glad she was honest with me.”

Debbie said, “My son came home for Easter and I was so excited to see him. He’s really been doing well for the past year — great job, nice girlfriend, has put on weight — he was stick-thin when he first went into treatment, but now he looks amazing and works out all the time.

Everything was just great and then he decided to take a shower. I found myself almost panicking as I saw the minutes tick by and he was still in the shower. I realized that I was triggered by the sound because that was what he used to do when he was using heroin — he would disappear into the bathroom and let the shower run. When he went to treatment, I found a stash of his paraphernalia on the top shelf of the bathroom linen closet, tucked behind some towels. I realized that although he’s been in recovery for a year, I’m still trying to cope with my triggers.” 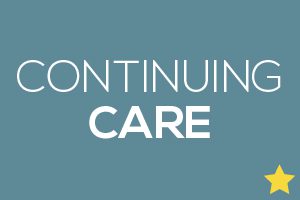 Get the guide for parents and caregivers on how to best support your child through recovery from addiction — however your child and your family define it.

Linda offered the following thoughts: “I think ‘recovery’ means learning new coping skills — not only for them, but for us too. I remember going through his belongings and searching his room, always looking for evidence that he was using or not. Although I would feel slightly relieved if I didn’t find anything, I wondered if he was just getting better at hiding things from me. He is living on his own with his girlfriend and I know he’s still smoking marijuana, but it seems more manageable. I would’ve preferred abstinence, but he’s holding down a job — in fact, his boss asked him to house sit for a weekend. That’s a big deal, as that would never have happened a year ago. He’s paying his bills – finally – and doesn’t come to us, the ‘bank of mom and dad,’ always looking for money or to help with problems. It’s taken some time and he seemed developmentally delayed for a while (not able to care for himself like a typical 24-year-old), but things are improving. When we’re together, we don’t focus on his substance use like we did when he was living at home, so the conversations are much better.”

Mika said, “I’m not talking to my son at the moment, mostly because I’m afraid of what I might say. He has a full-time job and just completed two more college classes — he got A’s in both of them. His girlfriend is wonderful and very supportive and he helps around the house — he’ll do any chores I ask him to. But, last night he put a Nyquil bottle on the counter, saying something about his allergies and problems sleeping. He overdosed on Nyquil a long time ago and I couldn’t believe he put it there. I wondered if he was trying to test me to see what my reaction would be. I blew up his girlfriend’s phone with text messages and she assured me he isn’t using, but I could feel the anxiety and anger bubbling up in my throat. I’ll wait a day or two and then try to have a conversation with him about this, but it was so upsetting to me.”

Antonia shared, “My son’s recovery is going well, at least I think so. It’s been eight months since he overdosed. I worry, though, because he told me he’s going to a concert tonight and, well, everyone knows that there are drugs at concerts. I told him to be safe and he said he would, but I’m going to pee test him anyway when he comes home.”

Amanda told us that her son is on Vivitrol and hasn’t used opioids in over two years; however, he continues to drink and smoke marijuana. “I have come to see recovery as no longer getting phone calls in the middle of the night, not worrying that the mailbox will contain a letter from probation, or that my son can’t pay his bills. It isn’t the perfect recovery that I imagined, but all of the drama is gone and for that, I’m thankful.”

Francis offered, “I think about recovery as being able to smile again — being able to laugh, at least for today. I feel like I don’t have to worry as much, but it also feels very fragile. I mean there’s no cure and so I worry that he could relapse at any time and then we would be back to ground zero, but for now I can smile.”

There is no single definition of "recovery"

As you can see from these comments, there is no single definition of recovery, as it varies by family, child and situation. In many cases, parents and caregivers are struggling with their old triggers even if their child is totally abstinent. In other cases, any movement toward pro-healthy choices is a win.

It’s helpful to think about recovery as a process, not an end state. It’s a series of steps a person takes to make life better on multiple dimensions: physical, mental and spiritual well-being, a sense of purpose and connection, the ability to contribute in a meaningful way and more.

11 Life Skills That Can Help Your Child in Recovery

During addiction, people often don't build life skills that are needed to manage a healthy life. Recovery is a great place to start.