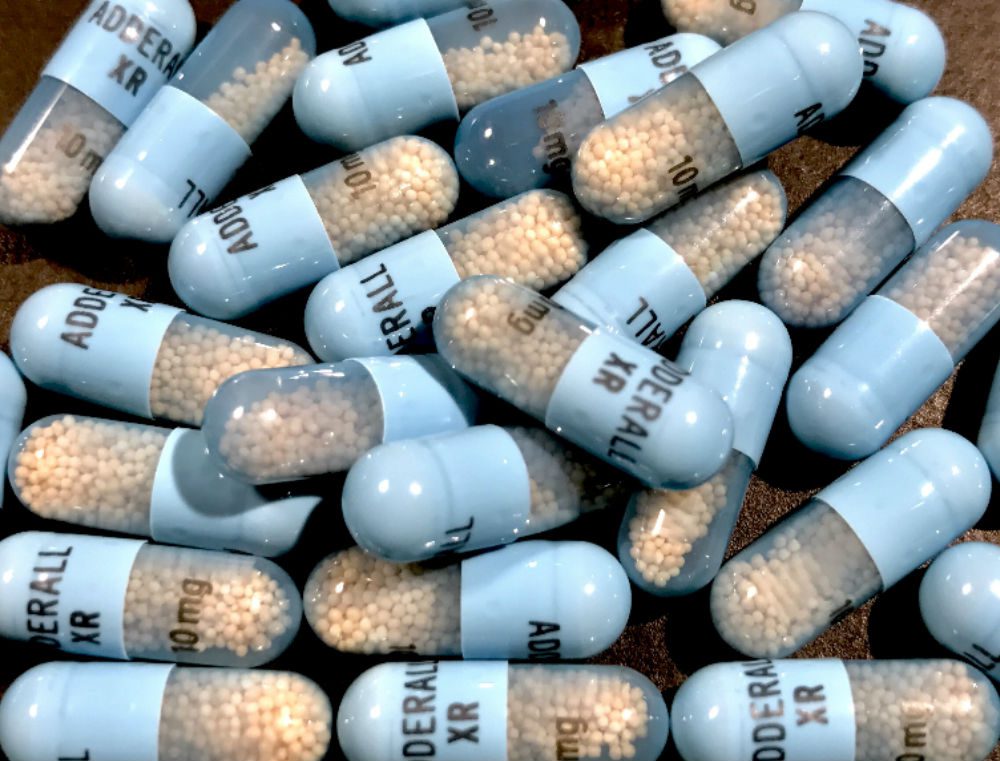 Know the facts, connect with resources, and get one-on-one support to help you address known or suspected misuse of Adderall use with your child.

What is Adderall?
Adderall, the trade name for a combination of amphetamine and dextroamphetamine, is a medication prescribed for children, teens and adults with an abnormally high level of activity or with attention-deficit hyperactivity disorder (ADHD). It stimulates the central nervous system, with effects similar to but less potent than amphetamines and more potent than caffeine.

signs of Adderall use:

What are some slang terms for Adderall?
Beans, black beauties, dexies, pep pills, speed, and uppers

What does Adderall look like?
Adderall comes in pill, capsule or tablet form.

How is Adderall used?
Adderall is taken orally. Some people who misuse Adderall crush the drug and snort or inject it.2

What do young people hear about Adderall?
Some students hear that Adderall can can help them focus and perform academically, and think of it as a ‘study drug.’ Many teens and young adults are under the mistaken impression that because prescription stimulants such as Adderall came from a doctor that they are safe or safer than ‘street drugs.’

What are the risks of Adderall use?
It is dangerous for anyone to take prescription stimulants not prescribed to them. Short-term effects can include nervousness and insomnia, loss of appetite, nausea and vomiting, dizziness, palpitations, headaches, changes in heart rate and blood pressure (usually elevation of both, but occasionally depression), skin rashes and itching, abdominal pain, weight loss, and digestive problems, psychotic episodes, drug dependence and severe depression upon withdrawal.

High doses of stimulants cause loss of appetite (which may cause serious malnutrition), tremors and muscle twitching, fevers, convulsions, headaches, irregular heartbeat and breathing (which can be life-threatening), anxiety, restlessness, paranoia, hallucinations, and delusions, excessive repetition of movements and meaningless tasks, and the sensation of bugs or worms crawling under the skin.3

Used as directed, medicines improve our lives. When misused or abused, the consequences can be devastating. Learn more about this epidemic.