How Personal Stories Can Help Fight Teen Pressure To Use Drugs

Over the last year, I have been making an effort to speak with parent and student groups about the effects of addiction on both the person suffering and on the people around them.

While my son was actively using drugs, my activity concerning this subject irritated him. It made him uncomfortable and angry. For some reason, he did not want me speaking to groups. Maybe it made him feel embarrassed or ashamed — I was never sure.

My son has been working on his recovery and hasn’t used substances for six months. For me, it is quite an accomplishment to see someone struggling with a heroin addiction make such a huge turnaround in his life. It’s hard to believe that only six months ago, he was speedballing, and his mother and I were discussing the fatal outcome of those engaged in this activity. Hope springs eternal.

Recently, I was asked to speak to students at our local high school about the effects of substances on young people. When I told my son I was going to speak, he asked if he could go with me and speak to them firsthand about what substances have done to him. This is a HUGE step for anyone in recovery. Facing addiction head-on and in front of a group takes courage.

We spoke to about 50 students that were in the age group of 14-15 years old. My son is only 22. When he began to talk and answer questions about substances and addiction, the students were riveted. You could almost feel an electric connection between him and the students. His message was direct and in a language that they understood. He showed them scars on his arms caused by infections from dirty needles. He talked about what it is like in jail, going through detox in a cell. He spoke of the opportunities he missed out on, regarding college, jobs and relationships. One of his more powerful statements during his speech in response to a question was, “I started because I wanted to be cool. This is not cool, this is the worst thing you could ever do in your life. Using drugs leads to addiction and I can’t even describe how horrible that is.”

This format of an experienced young adult speaking to a group of teens is the most powerful weapon I have seen to open teens’ eyes to the risks of using drugs and alcohol. Let’s face it: I’m just another old guy telling these kids not to use drugs, but when someone in their age group stands there and tells a personal story with all of the graphic details — that is called bringing out the heavy artillery.

By sharing his personal story, he helped the kids understand the hazards of substance use. Since my son is close to their age and has “been there, done that,” it helped inspire the high schoolers to think differently about the consequences of the choices they make.

Education about the dangers of substance use is all about being relatable. No matter who you are — a parent, relative, friend, professional or peer — the key to helping a child fight the pressure to use substances is education. Give them a way out of those pressured situations. Do not be naive or believe that your child will not be exposed to the opportunity of using substances. Every single young person out there has to make a decision about whether or not to try using drugs or alcohol. Parents, take initiative. Do not wait until the monster has entered your home. Slaying this monster is about educating its prey, before it has a chance to attack.

By the way, I want every person that reads this to know: I cannot remember a time where I was more proud of my son. I stood up at the end of the presentation in front of all of those kids and told them, with my voice cracking, how proud I was of him to come speak with me. 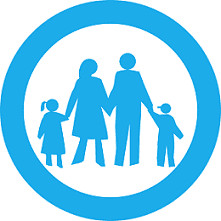 Prevention tips for every age

Like any relationship, your relationship with your child changes over time. For ways to talk to your child about drugs at every age, please visit our prevention tips page.