4 Lessons I Learned About Confronting My Teen With an Addiction 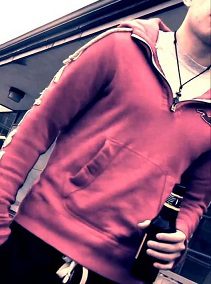 When I first discovered that my daughter was using marijuana and alcohol, I was blindsided. At first I tried approaching her as a concerned parent. When that didn’t work, I resorted to yelling, threatening, punishing and even having the police at our house to lecture her when she broke curfew.  No matter what I did, things kept getting worse. I finally realized that I was having about as much success as someone standing on a train track trying to stop a fast moving train.  That was the point when I became desperate enough to seek help from adolescent addiction professionals.

I joined a support group for parents who were dealing with their children’s addiction. I thought I would feel ashamed when I reached out, but instead, I found understanding, support, and a sense of renewed hope. Once I began to apply my newfound knowledge on different ways to communicate with my daughter, things began to change for the better.  Below are some valuable lessons that I learned.

Reacting to your teen only fuels the fire.  Addicts can be manipulative and they have an uncanny way of turning an issue back on you. Reasoning with them doesn’t work. A teenage addict has a chemically altered mind that will rarely respond to reason. When you react and blow up, you take the focus off of them and put it right back onto you.  Now it is all about your anger and you are the bad guy.  This gives them even more reason to use.

2)  Set Clear Boundaries and Stick to Them

Your teen should understand that using drugs and alcohol come with specific consequences. But don’t make hollow threats or set rules you cannot enforce. It is also important that your spouse agrees with the rules and is prepared to enforce them.  Parents standing as a united front is crucial when you are fighting against a foreign substance that has taken over your child’s brain and life.

3)  Arm Yourself with Support and Information

Learning to talk to my daughter struggling with an addiction was like learning a new language. My greatest teachers were my parent support group and the substance abuse counselors that partnered with me to intervene in my daughter’s addiction.  The internet was also a great tool.  I never would have been able to navigate my way though those difficult times without learning some of the new ways of communicating and applying them with the help of others.

Perhaps your teen has been arrested or expelled from school or has been caught driving under the influence. You can use this as an opportunity to approach your child and convince them to enter treatment.  Don’t blow a good chance.  A crisis event can be an opportunity for parents to confront their child.  Facing real consequences can wake some teens up.  Any intervention, whether it be formal or informal, is an attempt to convince an addict that they are at their bottom.  It is time to make a change and the goal is to get your child to the place that they stop  aiding their addiction.  Going it alone, however, can be difficult.  Enlisting the intervention assistance of adolescent substance abuse professionals can dramatically increase the odds that your teen will become willing to accept help.

When the disease of addiction hit my family, it was like a tornado hitting our home from the inside out.  There were days where I felt like I was losing the battle.  Towards the end, my daughter had a full blown addiction to crystal meth. It was important for me to keep moving forward and expanding my knowledge and circle of support.  Nothing changes if no one changes.  It had to start with me.

Who Can Help Your Teen?

Kids — especially teenagers — often think of their parents as “overbearing” or “nagging.” If your child hears the same information you’re trying to give him from someone of authority, he may be more inclined to listen.

This is the wisdom and knowledge that I wish someone had poured into me when we first found out our son had entered the dangerous world of drugs. This is the gold we are searching for when our hands are in the air and inside we are screaming, “WHAT NOW, WHAT DO I DO NOW?”

But of course we all learn at different paces and some of us will only accept this knowledge with self experience, myself included.

Thank you for so simply articulating must know lessons when dealing with an addicted child.