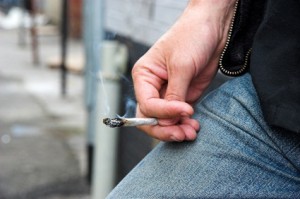 ~ A Majority of Parents Say Legal Age for Marijuana Use Should be 21, Smoking Pot in Public Places Should be Prohibited ~

A nationally representative survey released by the Partnership for Drug-Free Kids confirms that parents who support legalization of marijuana expect strict regulation of the substance’s availability to kids and teens. While 40 percent of adults say they are in favor of legalizing marijuana for recreational purposes, a majority of them oppose any form of legal marijuana for use among kids and teens. They believe that, like alcohol, it should only be legal for adults over the age of 21. The online study also found that despite shifting attitudes in support of marijuana legalization, the risks of marijuana – especially to young people – is a relevant topic that is of concern to parents and caregivers.

“The reality is that marijuana is now legalized for recreational use in the states of Colorado and Washington and it’s clear that society’s views on marijuana are evolving dramatically,” said Steve Pasierb, President and CEO of the Partnership for Drug-Free Kids. “This research provides richer insight into what today’s parents believe about marijuana, their thoughts on legalization and the risks it may pose to adolescents. The data bring to life the fact that parents – including the large number who favor legalization – have serious expectations that legal marijuana will be regulated and restricted to protect kids and teens. Those expectations far exceed how legal marijuana is being implemented. So the fact remains, whether marijuana is legal or not, much more needs to be done to protect the health of our children.”

According to the survey data, support within the general population of adults for medicalization, decriminalization and legalization of marijuana is approximately 70 percent, 50 percent and 40 percent, respectively, and only slightly lower among parents. The study found that support for each of these scenarios increased by anywhere from three to 11 percentage points when survey respondents were given specific definitions for medicalization, decriminalization and legalization of marijuana:

Roughly half of all parents surveyed report having used marijuana before. The number is somewhat higher (62 percent) for parents living in Colorado. The survey also found that:

“What is especially notable is the extremely high level of support for a wide array of strict marijuana regulations to protect children after legalization,” said Scott Kotchko, pollster and Vice President of Whitman Insight Strategies, who fielded the survey. “Many of these people voted to legalize marijuana in Colorado or Washington – and are very clearly telling us that they expect authorities to put a comprehensive regulatory system in place. This kind of intensity of conviction tells us that people aren’t just saying that these kinds of regulations are a ‘good idea’ – they’re demanding them. Lawmakers in Colorado, Washington, or anywhere else where legalization may soon be a reality would be well served to listen.”

The survey data show that the risks of marijuana use of greatest concern to parents are the developmental consequences for teens, and the potential impact on their children’s futures. In Colorado, 85 percent of parents agreed that marijuana can have strong negative consequences on the still-developing brains of teenagers, and 85 percent agree that marijuana use at a young age can hurt performance in school and impact a young person’s future.

“Increasing availability, mass marketing and wider use of marijuana is a public health issue because of the genuine risks that marijuana poses to children’s health and development,” said Pasierb. “Clearly these changes mean that parents and caregivers have an even more critical role to play to ensure that the readily available marijuana in these states does not result in higher levels of use by and problems among their children and young teens.”

the Partnership for Drug-Free Kids collaborated with Batten & Company, a subsidiary of advertising agency BBDO Worldwide, which enlisted independent researcher, Whitman Insight Strategies to field the online survey of 1,603 adults in early March of 2013. Of the 1,603 adults surveyed, 1,200 were parents of children ages 10-19. Of these 1,200 parents, 200 reside in Colorado and 200 reside in Washington State, allowing researchers to analyze parent attitudes in these states, where marijuana was legalized in November 2012.