National Study: Teen “Heavy” Marijuana Use Up 80 Percent Since 2008, One in Ten Teens Reports Using Marijuana at Least 20 Times a Month

Only Half of Teens, 51 Percent, Now Say They See “Great Risk” in Using Marijuana Regularly 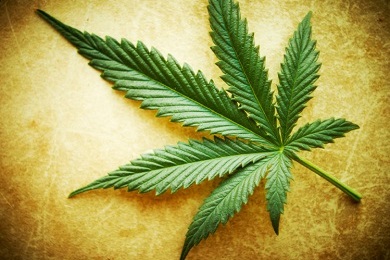 The Partnership Attitude Tracking Study, sponsored by MetLife Foundation, found that 9 percent of teens (nearly 1.5 million) smoked marijuana heavily (at least 20 times) in the past month. Overall, past-month heavy marijuana use is up 80 percent among U.S. teens since 2008.

This marks an upward trend in teen marijuana use over the past three years. The last time marijuana use was this widespread among teens was in 1998 when past month use of marijuana was at 27 percent.

“These findings are deeply disturbing as the increases we’re seeing in heavy, regular marijuana use among high school students can spell real trouble for these teens later on,” said Steve Pasierb, President and CEO of the Partnership for Drug-Free Kids. “Heavy use of marijuana – particularly beginning in adolescence – brings the risk of serious problems and our data show it is linked to involvement with alcohol and other drugs as well. Kids who begin using drugs or alcohol as teenagers are more likely to struggle with substance use disorders when compared to those who start using after the teenage years.”

Teen Marijuana Use Has Become a Normalized Behavior

Teens now report seeing more of their peers smoking marijuana and only 26 percent agree with the statement, “in my school, most teens don’t smoke marijuana” (down from 37 percent in 2008). Also, 71 percent of teens say they have friends who use marijuana regularly (up from 64 percent in 2008).

Teen past-month “heavy” marijuana users are significantly more likely than teens who have not used marijuana in the past year to:

“We have also seen a considerable decline over the past five years in the proportion of teens seeing great risk associated with marijuana use,” says Professor Lloyd Johnston, the principal investigator of the nationwide Monitoring the Future study conducted at the University of Michigan. “We believe that this decline in perceived risk has played an important role in the increases in teen use of marijuana, as it has done in the past. The fact that perceived risk is still falling portends a further increase in use.”

As teen drug use takes a turn for the worse, a heavier burden is placed on the shoulders of parents to play a more active role in protecting their kids from the health risks posed by drug and alcohol abuse. The removal of critical pieces of our national prevention infrastructure across the country – The National Youth Anti-Drug Media Campaign, which was highly focused on educating youth about the dangers of teen marijuana use, and the elimination of the Safe and Drug-Free Schools Program – left a gaping hole where drug and alcohol education resources should be.

“The latest findings showing an increase in marijuana use among teens is unsettling and should serve as a wake-up call to everyone in a position to prevent unhealthy behavior,” said Dennis White, President and CEO of MetLife Foundation. “While it may be difficult to clearly understand just how dangerous marijuana use can be for teens, it is imperative that we all pay attention to the warning signs and intervene anyway we can. Early intervention is critical to helping prevent teens from drug abuse and addiction.”

While the new PATS data did not show similar increases in teen abuse of medicines, prescription (Rx) and over-the-counter (OTC) drug abuse remain at unacceptably high levels, which lead to considerable damage to young lives. The study showed teen lifetime abuse of medicines is holding steady at 17 percent for Rx drugs and 12 percent for OTC cough and cold medicines. Among teens, past year abuse of the prescription pain relievers Vicodin and OxyContin, for example, has plateaued at about 10 percent.

However, it’s important to note that parental action does not appear to be contributing to the relative flattening of teen abuse of medications, as fewer parents report safeguarding Rx medications at home. The number of parents who agree with the statement “anyone can access prescription medicines in the medicine cabinet” is up from 50 percent in 2010 to 64 percent 2011, meaning the medications are more readily available to anyone in their homes. Fewer parents also report communicating the risks of getting high, or any other reason for abuse, from prescription medicines with their children; down from 82 percent who said they communicated the risks of Rx drug abuse to their kids in 2009 to 69 percent in 2011. The number of parents who say they “keep alcohol locked in a cabinet at home” is also down from 32 percent in 2009 to 25 percent in 2011.

PATS also found that an increased number of parents report misusing or abusing prescription medications themselves. More than one in ten parents (15 percent) say they’ve used an Rx medication not prescribed for them at least once in the past year, a 25 percent increase from 2010 to 2011.

According to the new data, half of Hispanic teens (50 percent) report that they have used marijuana in the past year (versus 40 percent for African Americans and 35 percent for Caucasians). This means Hispanic teens are nearly twice as likely (43 percent) as Caucasian teens to have smoked marijuana in the past year (50 percent vs. 35 percent) and 25 percent more likely than African-American teens.

The study also found that fewer teen girls are abusing Rx medications. Teen girls’ abuse of a prescription drug “to get high or alter your mood” is down 30 percent since 2010 (from 23 percent in 2010 to 16 percent in 2011) and is down a total of 24 percent since 2009 (21 percent in 2009). Rx drug abuse among teen boys has remained relatively flat over the same time period.

Teens are starting to view medicine abuse as less socially acceptable and the percentage of teens who “strongly disapprove” of peers using prescription drugs to get high has gone up significantly – from 52 percent in 2010 to 58 percent in 2011. Fewer also say it’s “very” or “fairly” easy for teens to get prescription pain relievers, down 25 percent from 57 percent in 2008 to 43 percent in 2011.

“These data set the scene for a ‘perfect storm’ that will threaten the health of a generation of American teens,” said Pasierb. “Science has shown that adolescent brains are still developing and are more easily harmed by drug and alcohol use than fully developed adult brains. Dramatic increases in teen marijuana use, coupled with entrenched behavior of abuse of Rx and OTC drugs, puts teens at greater risk for substance use disorders, academic decline and other problems. With government budgets slashing the national prevention infrastructure and many prevention programs already eliminated, parents must step up to fill those voids, to protect their children’s health and futures.”

the Partnership for Drug-Free Kids, in collaboration with the Philadelphia-based Treatment Research Institute (TRI), has released a new tool to help parents and caregivers possibly prevent adolescent drug and alcohol problems. The “Six Components of Effective Parenting,” based on scientific research, is the product of the new Parents Translational Research Center – a National Institute on Drug Abuse-funded center involving the Partnership for Drug-Free Kids and TRI. The resource is comprised of “how-to” parenting tips organized around six principles specifically designed for parents, guardians and other caregivers who can play an active role in helping prevent substance abuse in their families.

the Partnership for Drug-Free Kids is launching a first-of-its-kind, week-long public education and mobilization campaign, “Wake Up to Medicine Abuse,” this fall. This initiative will bring the public and private sectors together in a national education effort and call to action to curb the abuse of medicine, one of the biggest drug problems in the United States today. “Wake Up to Medicine Abuse Week” will take place September 23-29, 2012, and will both encourage and help parents and the public-at-large to take action: first, by talking with the kids in their lives about the dangers of abusing Rx and OTC medicines, and second, by safeguarding and properly disposing of unused medications.

The 23rd annual Partnership Attitude Tracking Study (PATS) of 3,322 teens in grades 9-12 and 821 parents is nationally projectable with a +/- 3.0 percent margin of error for the teen sample and +/- 3.4 percent for the parent sample. Conducted for the Partnership for Drug-Free Kids and MetLife Foundation by GfK Roper Public Affairs & Corporate Communications, the 2011 PATS teen survey was administered in private, public and parochial schools, while the parent survey was conducted through in-home interviews by deKadt Marketing and Research, Inc.

Ninety percent of addictions start in the teenage years. The Partnership at Drugfree.org is dedicated to solving the problem of teen substance abuse. Together with experts in science, parenting and communications, the nonprofit translates research on teen behavior, addiction and treatment into useful and effective resources for both individuals and communities. Working toward a vision where all young people will be able to live their lives free of drug and alcohol abuse, the Partnership for Drug-Free Kids works with parents and other influencers to help them prevent and get help for drug and alcohol abuse by teens and young adults. The organization depends on donations from individuals, corporations, foundations and the public sector and is thankful to SAG/AFTRA and the advertising and media industries for their ongoing generosity.

MetLife Foundation was established in 1976 to continue MetLife’s longstanding tradition of corporate contributions and community involvement. Our commitment to building a secure future for individuals and communities worldwide is reflected in our dedication to empowering older adults, preparing young people and building livable communities. Since it was established, MetLife Foundation has provided more than $530 million in grants to nonprofit organizations addressing issues that have a positive impact in their communities. For more information visit www.metlife.org