Use of Drugs and Alcohol Among Teens Declines Again 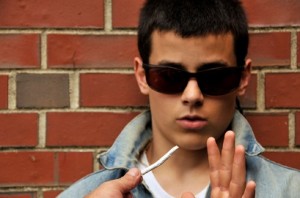 The rate of drug and alcohol use among American teens continues to decline, a new government study indicates. Teens’ use of tobacco also dropped, The Washington Post reports.

Between 2002 and 2013, teens’ rate of regular alcohol use declined from 17.6 percent to 11.6 percent. During that period, marijuana use among teens ages 12 to 17 also declined. Teens’ recreational use of prescription painkillers decreased as well.

The NSDUH is an annual survey of a nationally representative sample of about 70,000 Americans ages 12 and older. The Substance Abuse and Mental Health Services Administration (SAMHSA) released the report as part of its 25th annual observance of National Recovery Month.

“This report shows that we have made important progress in some key areas, but that we need to rejuvenate our efforts to promote prevention, treatment and recovery, to reach all aspects of our community,” SAMHSA Administrator Pamela Hyde said in an agency news release.