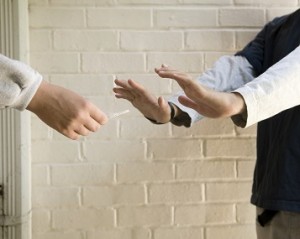 A new survey of teens finds they are using less marijuana, alcohol and cigarettes. The Monitoring the Future study found marijuana use among teens declined from 26 percent last year to 24 percent this year, USA Today reports.

“There is a lot of good news in this year’s results, but the problems of teen substance use and abuse are still far from going away,” said Lloyd Johnston, the study’s principal investigator.

Alcohol use among teens surveyed dropped from 43 percent last year to 41 percent this year. In 1997, the survey found 61 percent of teens said they had used alcohol in the past year. This year the proportion of teens who report binge drinking—consuming five or more drinks in a row at least once in the prior two weeks—fell to 12 percent, from a high of 22 percent in 1997.

Cigarette smoking has dropped significantly among teens since 1997, when 28 percent reported smoking in the past month. This year, only 8 percent said they had smoked in the previous month.

Narcotic painkiller abuse also declined among high school seniors, from 7 percent in 2013 to 6 percent this year.