Senators: Allow Doctors to Treat 500 Patients at a Time With Buprenorphine 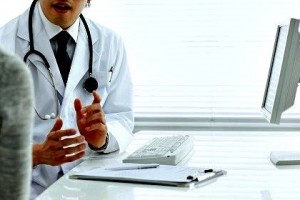 A group of senators is urging the Department of Health and Human Services (HHS) to raise the number of patients a doctor can treat with the opioid addiction medication buprenorphine to 500, The Huffington Post reports.

Currently, federal regulations limit the number of patients a doctor can treat with buprenorphine to 30 in the first year they are certified to prescribe the drug, and 100 in subsequent years. Earlier this year, HHS proposed changing the rules to allow certified doctors to treat as many as 200 patients at a time in their third year of prescribing, the article notes.

On Wednesday, a group of 22 senators sent a letter to HHS Secretary Sylvia Burwell, saying they believe the new regulation does not go far enough. “The current 100 patient cap is one of several factors that have created a huge disparity between those who can prescribe opioids for treatment of pain and those who can prescribe treatments for opioid use disorder,” the senators wrote. “Only 10 percent of the 23 million Americans with addictions and substance use disorders receive any care in a given year.”

They added that “raising the cap to only 200 will be unlikely to make the meaningful impact needed in the marketplace to make buprenorphine a viable treatment option for patients.”

“We don’t restrict doctors from prescribing life-saving medication for any other medical condition, so it makes no sense to limit medication-assisted therapies for those suffering from the disease of opioid addiction,” Senator Markey said in a press release. “The current artificial caps on treatment not only hurt access, but they also reinforce the stigma that accessing treatment for substance use disorders should be different than for any other chronic illness.”

It’s not necessarily a good idea. There needs to be treatment supporting the medication, and often (usually) there isn’t. There is already a huge problem with diversion with Suboxone, and it is too easy to beat the urine screens. I’d rather see the resources go to increasing availability of Vivitrol and subcutaneous naltrexone.

Now remove the restrictions on prescribing methadone and other opiates for MAT (addiction treatment.) Docs in office practice can prescribe methadone for PAIN, but not for treating addiction. How dumb is that?