Prescriptions for Opioid Painkillers on the Decline 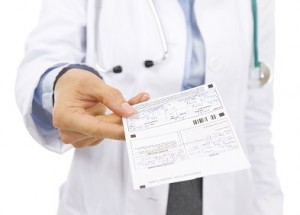 The number of prescriptions for opioid painkillers is declining in the United States, a sign that the opioid epidemic may be peaking, The New York Times reports.

Opioid prescriptions decreased in 2013, 2014 and 2015, according to the newspaper’s review of several data sources. Before that, doctors were writing so many opioid prescriptions that there were enough for every American adult to have their own bottle, the article notes.

The decline indicates that doctors have begun listening to warnings about the drugs’ addictive potential, and that government efforts to reduce opioid prescriptions are having an effect, experts say.

“The culture is changing,” said Dr. Bruce Psaty, a researcher at the University of Washington in Seattle, who studies drug safety. “We are on the downside of a curve with opioid prescribing now.”

According to the information firm IMS Health, there has been a 12 percent decrease in opioid prescriptions nationwide since they peaked in 2012. The company found opioid prescriptions have dropped in every state except South Dakota since 2013. Some of the biggest decreases came in West Virginia, which is thought to be the center of the opioid epidemic.

Some of the largest decreases have been in hydrocodone prescriptions, both IMS and Symphony Health found. The drug, sold under brand names including Vicodin and Lortab, are still the most prescribed opioids. While prescriptions for OxyContin decreased, those for generic oxycodone increased.

While opioid prescriptions have decreased, fatal opioid overdoses have continued to increase. In 2014, there were 28,000 such overdose deaths, federal data show. Those deaths include both prescription opioids and heroin.