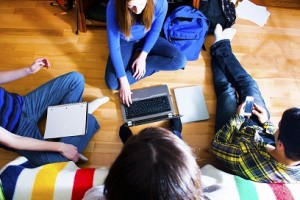 The opioid epidemic is increasing interest in college sober housing, PBS NewsHour reports. Sober dorms offer substance-free housing and activities for students in recovery from addiction to drugs and alcohol.

Rutgers University in New Jersey pioneered the concept of sober housing in 1988, the article notes. New Jersey Governor Chris Christie signed legislation last year that requires all state college and universities to offer sober housing if at least one-quarter of students live on campus. Schools will have four years to comply.

Texas Tech has had substance-free housing since 2011, while Oregon State University will offer sober housing this coming school year. The University of Vermont launched a recovery program in 2010, which includes sober housing.

Sober dorms are a “major new development in the recovery movement. They’re unique because they get to the heart of the beast,” said Dr. Robert DuPont, who heads the drug policy think tank the Institute for Behavior and Health, and served as White House Drug Chief from 1973 to 1977. In college, he said, “You’re surrounded by people who are using alcohol and drugs in addictive ways. Someone else is paying the bills and there’s no supervision.”

According to the Association of Recovery in Higher Education, 95 percent of students involved in college recovery programs maintain their recovery. In contrast, relapse rates in the general population range between 40 percent and 60 percent.

Buprenorphine and Methadone Reduce Opioid Overdoses But Are Underused

A new study finds methadone and buprenorphine are highly effective in treating opioid use disorder and reducing overdoses, but these treatments are underused by physicians.