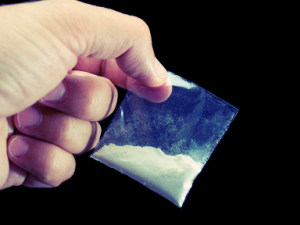 A new federally funded program is partnering with police departments and health departments in 17 states in the northeast and beyond to share information quickly to respond to the heroin crisis. The new initiative, known as the Heroin Response Strategy, funded by the High-Intensity Drug Trafficking Area (HIDTA) program, has hired drug enforcement officers and public health analysts in each of those states to share information on drug trafficking and drug overdoses.

“There are thousands of police departments across the country, and they all face the challenge of opioid abuse—pills, heroin, fentanyl or a combination—which together are the leading cause of preventable death,” said Chauncey Parker, Director of the New York/New Jersey HIDTA, one of the seven HIDTA programs working together in the Heroin Response Strategy. A key challenge has been the lack of a structured way for police departments to efficiently share information about drug trafficking across the region.

HIDTA was created by Congress in 1988 to serve as a catalyst for coordination among federal, state, local, and tribal law enforcement agencies operating in areas determined to be critical drug trafficking regions of the United States.

In February 2016, HIDTA with funding provided by the Office of National Drug Control Policy hired drug intelligence officers (DIO) in each of the 17 states to be the “point of light” for tracking opioid felony arrests and passing that information to their colleagues in other states. They are overseen by Vito Guarino, who formerly was the Special Agent-in-Charge of the Drug Enforcement Administration’s Caribbean Division.

“We’re particularly focused on reducing the supply,” said Parker. “Heroin traffickers don’t care about geographic lines—they go wherever it will further their business. A drug trafficker in Burlington, Vermont may come to Brooklyn, New York to pick up heroin and distribute it back in Burlington. If the trafficker is arrested in Brooklyn, it’s vitally important for Burlington law enforcement to be notified quickly. Until now it hasn’t always been clear who to call in that other city or state so we can make sure we get the information to the right person.”

Now, the New York DIO will call the Vermont DIO with the information, and the Vermont officer will make sure the Burlington police department knows about it, Parker explained. “This is a way we can break up heroin distribution networks,” he said. “It puts two people together so they can share information and effectively target key heroin traffickers.” The intelligence officers also are sharing information on violent drug crimes.

A second part of the new heroin response strategy has been to hire public health analysts (PHA) in each of the 17 states’ health departments to share information about drug overdoses. They are overseen by Dr. Peter Luongo, the Director of the Institute for Research, Education and Training in Addictions (IRETA). “They are looking at trends in overdoses. Who is dying?  Where are they dying? Why are they dying,” Parker said.

The PHAs will also help share information about dangerous batches of heroin and other heroin-related threats to health authorities. This will mobilize a rapid public health response to distribute the opioid overdose antidote naloxone, helping to reduce the number of overdoses and prevent deaths.

A third part of the strategy is to provide accurate, timely education and prevention information for communities about the heroin crisis. HIDTA is working with the Partnership for Drug-Free Kids to help families get information about the dangers of heroin, how to avoid them, and what families can do if a loved one is struggling with opioid abuse. The Partnership has developed a presentation titled “Heroin and Other Opioids: From Understanding to Action” that can be delivered by local law enforcement and their community partners.

The Partnership also has created online education and tools at www.drugfree.org/heroin for individuals and communities. Parents concerned about a loved one who is using heroin, other opioids or any other drug of abuse can call the Partnership’s toll-free helpline at 1-855-DRUGFREE to speak with experienced, bilingual social workers who can help them develop a plan of action and identify resources in their community. Callers may also be connected with the Partnership’s trained, volunteer Parent Coaches, who have personal experience with a child’s substance use.

HIDTA will be gathering public health and public safety leaders from all 17 states at a conference in June to share ideas about how to combat the heroin crisis. “People in each state have developed creative ways to respond to this crisis,” Parker said. “We need to get them all in a room and learn from one another. We all have the same goal: to build safe and healthy communities.”

Flow of Meth and Heroin into U.S. Has Slowed During Coronavirus Pandemic

The flow of meth, heroin and other illegal drugs into the United States has slowed during the coronavirus pandemic, the acting administrator of the Drug Enforcement Administration told The Wall Street Journal.