Medical Groups: Pregnant Women Should Be Asked About Drug Use 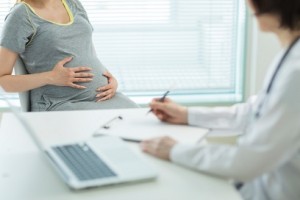 Several medical groups are calling for verbal drug screening for pregnant women, followed by a urine test if necessary, USA Today reports. The recommendation is meant to reduce the growing number of babies born with neonatal abstinence syndrome (NAS).

A number of states, including Kentucky, have reported an increase in babies born with NAS, caused by exposure to narcotics during pregnancy. Symptoms include constant high-pitched crying, vomiting, diarrhea, low-grade fever, seizures and tremors. Premature babies with the syndrome may experience respiratory distress and are put on ventilators.

“When a child’s first days in this world are in agony, that certainly should be a concern to all of us,” Van Ingram, Executive Director of the Kentucky Office of Drug Control Policy, told the newspaper. “We need to do all we can to prevent this.”

Other states reporting a jump in babies born with NAS include Tennessee, Vermont and Florida. The American Congress of Obstetricians and Gynecologists supports the idea of a “screening dialogue” with pregnant women. The group says urine drug tests should only be used with the patient’s consent and to confirm suspected or reported drug use, including for women who come to the hospital for labor and delivery. Doctors would have to tell women about any legal consequences of a positive drug test, such as the need to alert child services.

The American Medical Association and the Association of State and Territorial Health Officials are also calling for universal screening of pregnant women, the article notes.

We recently published our results in which we obtained urine drug screens from 200 relatively consecutive patients (200 of 211). Our prevalence rate in a Midwestern middle class population was 13%. This was much higher than we anticipated. We administered a modified version of the 4Ps plus questionnaire. If the patient is not a smoker and answers negatively to the 4Ps, there is a 98% predictive value that the urine drug screen will be negative. Any positive response should trigger a urine drug screen. Roughly 30% of our newly pregnant patients will need a urine test.
I will agree with Linda Norton’s reply: the poor availability of services in so many locations in America almost make a positive drug screen a moot point.

How come no mention of the NECESSITY to get these mothers into treatment for addiction? Leaders in the medical, human services, and judicial agencies have to get it through their heads that funding is needed to get these women the help they need……It’s just too easy and downright wrong to think first of legal sanctions, etc……I wish people would get smart about this……