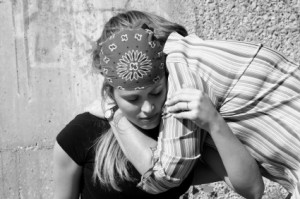 Until recently, parents looking for strategies on how to support a young person in early recovery had very few credible alternatives. About the best a parent could hope for was cautionary but very non-specific advice about what NOT to do – like, “don’t enable”? But recently, a practical translation of a well-established behavioral research finding promises some new options for what a parent COULD do to support sustained recovery in their young person.

The story actually begins with basic behavioral research with animals, but later extended to human adults, children and yes, even adolescents. In a nutshell, the vast majority of learned behaviors develop and change in response to positive and negative consequences. These rewards and punishments are much more effective when they are provided right after the behavior – delayed rewards or punishments are not very effective in changing behavior. These facts should not be news to anyone – very basic stuff. That’s how we all learned that eating candy was sweet and should be repeated – while touching an electric fence was a bad idea. These elemental principles also explain why it is hard to convince your kid that saving a dollar in a bank for the distant reward of getting a car is a better idea than buying a candy bar now. But two more sophisticated developments from this basic research are not as obvious.

For example, when it comes to shaping and changing behaviors, positive rewards have MANY advantages over virtually any negative consequence or punishment. This may be a surprise to most people, but not to prison wardens or parents – punishments rapidly lose their ability to change behaviors, especially punishments that occur way after the behavior has occurred – even if the punishment is really severe. So, if you want your kid to take out the trash every Tuesday evening, rather than yelling on Wednesday morning when you discover it hasn’t been done, it would be far better to provide a reward Tuesday evening if it’s been done.

The relative benefits of rewards may be seen as bad news by some parents. Punishments are easier to think of, you don’t have to do anything until you notice a problem, and they seem powerful because they often temporarily disrupt unpleasant behavior. And, let’s say it, they help let off some anger. But behavioral research now confirms that most parents’ observations – anger, yelling, punishments, etc., don’t often change negative behaviors in the long run, don’t produce positive behaviors and just leave everyone feeling badly. In contrast, it is hard for many parents to think of an appropriate positive reward or for some, think of ANY recent behavior their teen has done that would merit a reward.

It will not surprise most parents that despite the strength of the research findings – rewarding teens for positive behaviors is not always so simple to do. It requires that a parent learn some fundamental strategies for how to talk to and “reinforce” their kids. And the parents have to commit to fully implementing those strategies. Again, this is because gaps or delays in providing rewards when positive behaviors occur can make the reinforcement ineffective. These strategies are by no means a “miracle cure” and no, they can’t be learned in “15 easy minutes.” But these strategies can be learned and are practical to apply for the great majority of parents and families.

Every parent of a teen who has developed drug or alcohol problems feels anxious and often helpless to aid their teen. The draw of alcohol or drugs and the influence of peers seem to devastate any parental control. But the strategic use of positive reinforcement can override even these powerful influences. There is now research showing that “Contingency Management” (CM) – the practice of encouraging positive behaviors by systematically providing appropriate positive rewards and incentives, contingent upon those behaviors, can bring about and maintain abstinence during addiction treatment when applied by trained counselors and therapists. The next step is to sustain abstinence and foster other healthy behaviors following formal treatment by training parents and family members to apply CM strategies.

One parent described a clear application of positive rewards to shape recovery. “My son is passionate about music, but was less positive about recovery. Every time he attended an extra recovery support group meeting in a given week, I would reward him with a $5.00 or $10.00 music gift card so he could download some songs or an album he really wanted. I did the same if his therapist told me he had a particularly good session. The rewards helped encourage my son to share openly with others, and doing so eventually became second nature to him.”

Downloading music via that card was effective in rewarding that teen’s behaviors. But giving money-related rewards is tricky for all parents who struggle with finding the balance between wanting to help foster independence and financial responsibility in their teens, and also wanting to guard against the potential for risky spending. It can be particularly tricky for parents of youth struggling in recovery. Suppose that a reward is actually being used to buy alcohol or drugs? How do families of recovering youth – who understand and want to apply recovery-consistent rewards to support their teens – actually help them achieve recovery and develop into a healthy adult? How do they do so without unin­tentionally reinforcing substance use? If a concerned parent provides cash or funds on a prepaid debit or credit card as a reward for a recovering teen, there is the fear that the reward may make it easier to relapse to substance use or spend irresponsibly. But paying the young person’s rent and bills directly may seem too controlling and may not help build independence or financial responsibility. 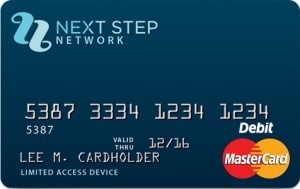 Recently, a new type of reloadable prepaid debit card was developed that is sensitive to both the power of financial incentives in shaping behavior – as well as the special issues in recovery that require the right kind of reward in the right manner. This recovery-sensitive credit card is called the NextStep Mastercard Program for Families. Eric Dresdale, the founder and developer of this financial management tool, is himself a young person in recovery and told us that he created the card after battling his addiction and relying on his family for financial help. He is grateful that his parents were generous with providing financial support, but he knows they were terrified every time they handed over money. He believes that he and his parents may have benefitted from a little more structure in this financial interchange. So he developed a special type of card that allows parents to pre-specify a finite set of recovery-consistent spending parameters, to guide where, when and how much money can be spent on the card. So it can pay for groceries, but it can’t be used in a cash machine; it can be used to pay for a movie, but not at a bar or liquor store. Furthermore, the card provides parents or treatment providers with real-time information regarding the youth’s spending, allowing early detection of spending bursts or inappropriate spending. Using this combination of spending safeguards and budgeting tools enables parents and their youth to sit down and think together about what would be useful in fostering recovery-oriented behaviors and also offers some level of insurance and oversight in times when temptations present. Of course, a teen who is focused on subverting these safeguards could do so with enough effort and planning. Yet research shows that relapses are most often spontaneous events prompted by unplanned encounters with people, places and things. This kind of structured safeguard offers a practical tool for both parents and teens to help support recovery.

Our research group has not yet studied the card – so we cannot yet endorse it from a research perspective – but we are encouraged by the practicality of the card and how it provides a safe way for parents to provide funds to recovering kids. TRI is working with NextStep to evaluate its benefits and to provide guidance on more ways to incorporate motivational incentives and restrictions. We’ll keep you posted on the findings, but we hope this is just the start of even more effort by industries to translate science principles into practical tools for parents and families who want to help their loved ones enter and sustain recovery.

Facebook is collaborating with Partnership for Drug-Free Kids + Center on Addiction to launch an initiative to encourage people to discuss their experiences with opioid dependency.

Frequency of Drinking, Drug Use Dreams Decreases the Longer a Person is in Recovery

A new study finds the frequency of dreams involving drinking and drug use decreases the longer a person is in recovery.