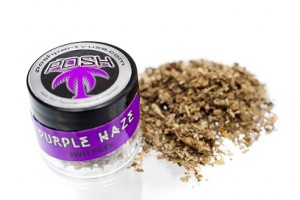 Calls to poison control centers regarding synthetic marijuana have almost doubled since last year, NPR reports. The drug, which is made of various chemicals sprayed on plant material, is sending thousands of people to emergency rooms.

Synthetic cannibinoids are very different from marijuana, the AAPC explains. They can cause dangerous health effects, including severe agitation and anxiety; muscle spasms, seizures and tremors; intense hallucinations and psychotic episodes; and suicidal and other harmful thoughts and/or actions.

Synthetic cannibinoids are not tested for safety, and users do not know exactly what chemicals they are using. Chemists who make the drugs are constantly changing the main ingredients, which can change their effects, the article notes. This makes it especially difficult to treat people who have taken the drugs.

Although the federal government has banned more than a dozen types of synthetic cannibinoids, they are still sold in many convenience stores, because they contain versions of chemicals not covered by the ban, according to Matt Strait of the Drug Enforcement Administration. “They are in a legal grey area, because they’re not specifically named in the statute,” he said.