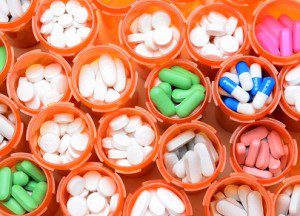 The survey found 45 percent of Americans take one or more of these drugs, NPR reports. The widespread use of these drugs could be contributing to the high rate of misuse, experts say.

Most people who misused prescription drugs obtained them from friends and family, the survey found. More than one-third had their own prescription, but took more drugs than prescribed.

Many pharmacies don’t provide patients with instructions on how to properly dispose of unused opioids and antibiotics, according to a new study.