Addiction Treatment Mandate Would be Dropped Under Republican Healthcare Plan 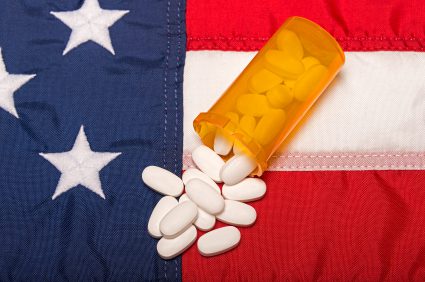 The Republican plan to replace the Affordable Care Act would eliminate a requirement that Medicaid cover basic addiction and mental health services in states that expanded the government healthcare program, The Washington Post reports.

Under the proposed plan, states that expanded Medicaid would be allowed to decide whether to include addiction and mental health services starting in 2020. Many states that could eliminate these services include ones hardest hit by the opioid crisis, including Ohio, Kentucky and West Virginia, the article notes.

“Taken as a whole, it is a major retreat from the effort to save lives in the opiate epidemic,” said Joshua Sharfstein, Associate Dean at Johns Hopkins Bloomberg School of Public Health.

Change starts with you. Join with us to advocate better policy solutions and healthier perceptions when it comes to issues of substance use.

People living in rural communities are as concerned about drug addiction as they are about the economy, according to a new survey.

The drugs gabapentin and baclofen, both of which are sometimes prescribed instead of opioids for chronic pain, are increasingly being misused, according to a new report. The drugs are being used in a growing number of suicide attempts.

This is consistent with an effort to allow states to take responsibility for the treatment of their own Medicaid recipients. This isn’t a question of agreeing whether or not the treatment is necessary. Rather, it’s a philosophical question of state sovereignty free from Federal mandates.

it is an easy out for the Republicans who always take from the poor and give to the wealthy Richard..Dam Trump!