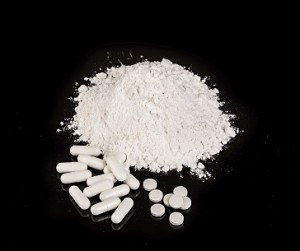 A new study finds 80 percent of people with an opioid addiction are not receiving treatment. The study examined addiction treatment rates over the past decade, when heroin overdose deaths quadrupled.

Researchers from the Johns Hopkins School of Public Health noted in a news release that in 2013 more than 8,200 people died of a heroin-related overdose. The findings appear in the Journal of the American Medical Association.

There have been changes in the number and types of treatment settings used by people with opioid addiction, the study found. Outpatient treatment and self-help groups were most common.

The percentage of patients receiving care in a doctor’s office rose from 25 percent in 2004 to 35 percent in 2013. Many of these patients are prescribed buprenorphine, which helps to manage opioid cravings.

In many places, drug treatment programs are not available, or programs are overcrowded, said lead researcher Brendan Saloner. He added that many state Medicaid programs restrict access to buprenorphine and methadone.

“The real challenge in this is getting more people into settings where they can get methadone or buprenorphine,” he said. “We also need to think about changing the conversation about opioid addiction, which is a chronic relapsing illness, just like diabetes. Referring to drug users as junkies or criminals keeps people with addiction in the shadows and away from getting help. They may be open to treatment but they never seek it out because of the stigma associated with their addiction.”

A second study in the journal found the percentage of American adults who abuse prescription opioids has decreased slightly in the past decade. People who do abuse these drugs are using them more frequently, and are more likely to become addicted, HealthDay reports.

“Most adults with prescription opioid [narcotic] use disorders or other substance use disorders neither receive treatment nor perceive a need for treatment,” said lead author Dr. Beth Han.

This study shows the truth that most opioid users don’t receive treatment.

I for one an relieved that Mr. Gimbel is a “former” Baltimore County Drug Czar. Medication Assisted Treatment is an evidence based practice supported by SAMHSA. Everyone needs to know Medication Assisted Treatment is a highly successful treatment for a medical problem that is killing thousands every year. Anyone remaining in treatment for at least one month in the Mount Sinai Hospital treatment program had an 80 – 90% chance of success in leaving their addiction behind. Long term treatment with methadone, a medication that continues to carry an outlandish burden of stigma. The fault lies not only with those suffering from addiction, but with many of the professionals who should know better.

■ Methadone has been safely and effectively used for helping heroin and pain pill addiction for over 45 years. It has the highest success rate for addiction treatment.
■ Treatment can occur without missing time at work or being away from home at night.
■ Supervised treatment with methadone eliminates heroin or pain pill use for most people who follow treatment recommendations.
■ Methadone prevents opiate withdrawal when taken as prescribed.
■ Dosages begin low and increase to a level that controls cravings. People feel normal. The proper dose will not produce a high.
■ With the oversight of the team of nurses, physicians and counselors, methadone is safe and well tolerated.
Regular meetings with counselors are a mandatory part of treatment.

I invite Mr Gimbel and anyone else who wants to learn more about the treatment of Opioid Use Disorders to attend the American Association for the Treatment of Opioid Dependence Conference next fall in Baltimore! http://www.aatod.org

As a former heroin addict, this study is not surprising. Being addicted to heroin is unlike an other drug. The lifestyle that goes into being a heroin addicts adds to the intensity of the addiction. Always hustling money, shooting up several times a day… its a full time job!! So in order to break that cycle of addiction we need to get addicts into long term, drug free residential programs so they can have the opportunity to live in a drug free setting where they can not be pressured to use drugs by their old street friends and be able to learn how to live. drug free. You can’t do that when you live in the same neighborhood, the pressure to use is too great. Using methadone is nothing but substitute for heroin and allows the government to control the addict population and treat them like animals in a zoo. The government doesn’t even mandate counseling with methadone or buprenorphine so its just like legal drug dealing. In my days, very few people ever got off methadone, plus they were able to high on it…. If we are going to confront our current heroin epidemic, we need to open more long term programs and stop putting all of our attention and money into methadone and the anti overdose drug Narcan. Bringing a heroin addict back from an overdose without getting them immediate treatment will most likely lead to the addict continue using and most likely overdosing again and again…. Government always takes the easy, most public way of treatment problems. It makes good press conferences but it doesn’t help solve the problem. Treatment works and all of us in the field know that, so why aren’t we working harder to make these programs happen .. We have hundreds of closed military bases that could be turned into treatment centers at little cost.. We need better leadership… But like the Vietnam war, once the nice rich kids start getting involved with heroin and die, we might do something. ( this is now happening in communities all over the country.) Mike Gimbel, Former Baltimore County, Maryland Drug Czar and clean 43 years. God Bless us all.