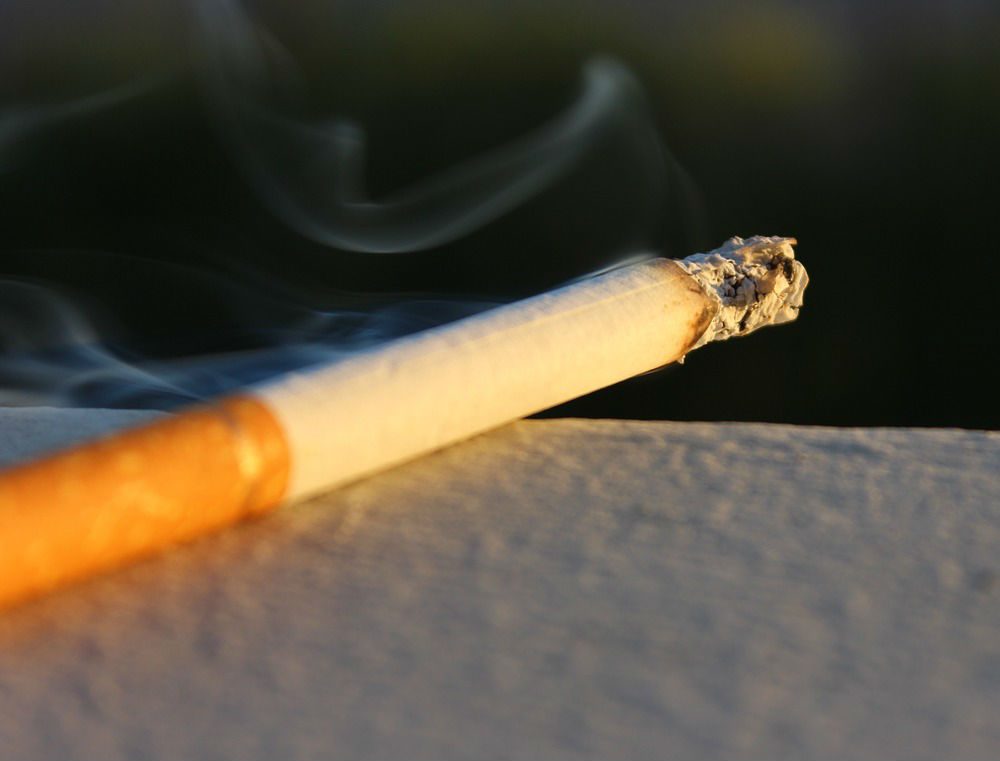 Know the facts about tobacco/nicotine and connect with help and support to keep your child safe.

What are some slang terms?
Cigs, Squares, Smokes, Cancer Sticks

What is it?
Tobacco is an agricultural crop. Nicotine is the addictive drug found in tobacco.1

What does it look like?
Brown cut up leaves.

How is it used?
Tobacco is usually smoked. Sometimes tobacco leaves are “dipped” or “chewed” so the nicotine is absorbed through the gums.1

What do young people hear about it?
Some teens smoke because they see their parents or friends doing it. They see smoking in popular media. Smoking may make teens feel confident, and provide a common ground for interacting with like-minded teens–a way to instantly bond with a group of kids. Smoking cigarettes can be a form of rebellion to flaunt their independence and make their parents angry.

What are the risks?
Smoking can cause chronic lung disease, coronary heart disease, and stroke, as well as cancer of the lungs, larynx, esophagus, mouth, and bladder. In addition, smoking is known to contribute to cancer of the cervix, pancreas, and kidneys. Researchers have identified more than 40 chemicals in tobacco smoke that cause cancer in humans and animals. Smokeless tobacco and cigars also have deadly consequences, including lung, larynx, esophageal, and oral cancer.

The harmful effects of smoking do not end with the smoker. Women who use tobacco during pregnancy are more likely to have adverse birth outcomes, including babies with low birth weight, which is linked with an increased risk of infant death and with a variety of infant health disorders. The health of nonsmokers is adversely affected by environmental tobacco smoke (ETS). Secondhand smoke causes approximately 7,330 deaths from lung cancer and 33,950 deaths from heart disease each year. Between 1964 and 2014, 2.5 million people died from exposure to secondhand smoke, according to a report from the U.S. Surgeon General. The report also concluded that secondhand smoke is a definitive cause of stroke.2