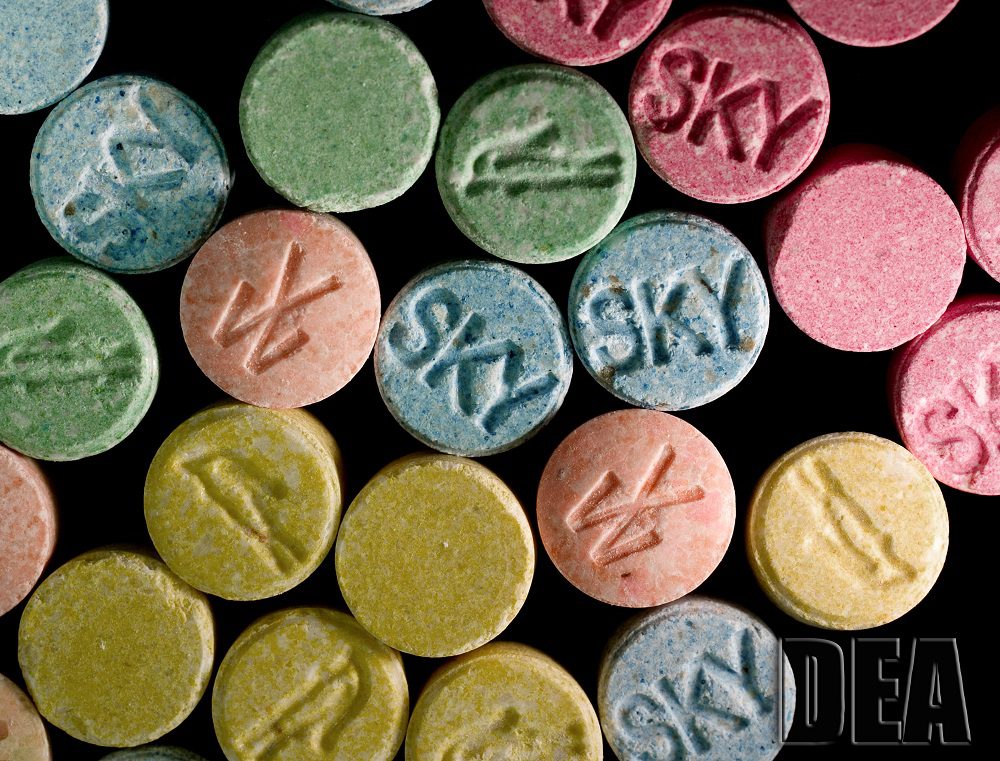 Know the facts, connect with resources, and get one-on-one support to help you address known or suspected Ecstasy use with your child.

What is Ecstasy (MDMA)?
MDMA or Ecstasy (3-4-methylenedioxymethampheta-mine), is a synthetic, psychoactive drug with amphetamine-like and hallucinogenic properties.1

What does Ecstasy look like?
Ecstasy comes in a tablet form that is often branded, e.g. Playboy bunnies, Nike swoosh, CK. MDMA also comes in a powder, capsule or liquid form.

How is Ecstasy used?
Teens and young adults sometimes take Ecstasy in pill form at “raves,” clubs and other parties to keep on dancing and for mood enhancement.2

Researchers are studying MDMA in clinical trials as a possible treatment for post-traumatic stress disorder (PTSD) and anxiety in terminally ill patients, and for social anxiety in autistic adults.

What do young people hear about Ecstasy?
Teens and young adults hear that Ecstasy produces intensely pleasurable effects — including a boost in energy and empathy. People who use Ecstasy say they experience feelings of closeness with others and a desire to touch others.

What are the risks of Ecstasy use?
Effects of using Ecstasy can include involuntary teeth clenching, a loss of inhibitions, nausea, blurred vision, chills and/or sweating. Increases in heart rate and blood pressure, as well as seizures, are also possible. The stimulant effects of the drug enable a person to dance for extended periods, which when combined with the hot crowded conditions usually found at raves, can lead to severe dehydration and hyperthermia (i.e. dramatic increases in body temperature). This can lead to muscle breakdown and kidney, liver and cardiovascular failure. Hyperthermia has also been reported in some of the Ecstasy-related deaths. After-effects can include sleep problems, anxiety and depression.

Repeated use of Ecstasy ultimately may damage the cells that produce the brain chemical serotonin, which has an important role in the regulation of mood, appetite, learning and memory. There is research suggesting Ecstasy use can disrupt or interfere with memory.

In many cases, people who purchase powder or capsules sold as Molly get other drugs such as “Bath Salts” instead. Because the drug promotes a feeling of trust and closeness, its use may encourage unsafe sexual behavior, increasing the risk of contracting or transmitting HIV/AIDS or hepatitis.2

What are some signs of Ecstasy use?