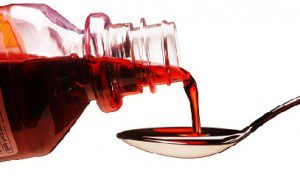 Tennessee and New Jersey are the latest states to enact legislation prohibiting sales of over-the-counter (OTC) cough medicines containing dextromethorphan (DXM) to minors. The laws are designed to decrease the abuse rate of these medicines by teens, while maintaining access for legitimate consumers of these products.

The Consumer Healthcare Products Association (CHPA) supports federal legislation to ban the sale of OTC cough medicine to those aged 17 or younger nationwide, according to Jenni Roberson, Director of Communications and Media Relations.

“The laws not only prevent young teens from abusing these products, but by requiring proof of age, they make parents aware of the problem,” Roberson said. She spoke about preventing cough medicine abuse recently at the Community Anti-Drug Coalitions of America (CADCA) 26th National Leadership Forum in Washington, D.C.

DXM is the active ingredient in most OTC cough medicines. According to the CHPA, it is safe and effective when taken according to labeling instructions. However, when taken in excessive amounts higher than recommended doses, DXM can product side effects including nausea and vomiting; stomach pain; confusion; dizziness; double or blurred vision; slurred speech; impaired physical coordination; rapid heartbeat; drowsiness; numbness of fingers and toes; and disorientation.

In addition, many medicines containing DXM may also contain other ingredients such as antihistamines, analgesics or decongestants. High doses of these combination medicines can greatly increase the harmful effects, such as potentially fatal liver injury, cardiovascular effects and over-sedation. Teens sometimes abuse DXM along with alcohol or other drugs, which can cause additional harmful effects, according to CHPA.

Roberson says teens may abuse OTC cough medicines because they are easily available and inexpensive. Many teens believe they are less dangerous than illegal drugs. Some teens take more than 25 times the recommended dose of cough medicines to get high, the CHPA notes.

Parents should monitor their medicine cabinet, and note when cough medicine is missing when someone in the family isn’t sick, Roberson advises. Other warning signs could be empty cough medicine boxes or bottles in their trash, backpack or school locker or use of certain slang terms for DXM abuse such as “skittles,” “robo-tripping,” “dexing” and “tussin.”

Other signs of DXM abuse are similar to those of other types of drug abuse, such as changes in friends, physical appearance or sleeping or eating patterns; declining grades; loss of interest in hobbies or favorite activities; hostile and uncooperative attitude; and unexplained disappearance of household money.