Deaths linked to alcohol use rose 43% in rural areas of the U.S. between 2006 and 2018, according to a new study by the Centers for Disease Control and Prevention (CDC).

Several factors may be contributing to alcohol-related deaths in rural areas, said Robyn Oster, a research associate in health law and policy at the Partnership to End Addiction, who was not involved in the study. “Rural areas lack sufficient treatment capacity, with few treatment providers and facilities, particularly for addiction treatment, to help those with alcohol use disorder,” she told HealthDay.

She noted that stigma may play a role in rural areas, where there may be less privacy. “This can prevent people from seeking needed treatment and support. High unemployment or other poor economic conditions could also play a role,” she said. 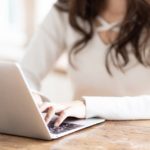 Our digital age enables connection and support to continue in this time of social distancing. We’ve compiled a list of support options for individuals and families alike, offered by a variety of other organizations and institutions.