Sleep Problems and Substance Use Disorders: An Often Overlooked Link

Sleep problems and substance use disorders often go together, according to a specialist who says many people continue to have insomnia even after they are able to successfully stop abusing drugs and alcohol.

Doctors who treat sleep disorders and those who treat substance use disorders need to be aware of the possible connection between the two, particularly when prescribing sleep medications, according to Khurshid A. Khurshid, MD, Associate Professor in the Department of Psychiatry at the University of Florida College of Medicine in Gainesville.

He spoke about the connection between sleep disorders and addiction recently at the Florida Society of Addiction Medicine annual meeting.

According to Dr. Khurshid, sleep disorders are between five to 10 times higher in people with substance use disorders, compared with the general population. Alcohol dependence can lead to insomnia and sleep disruption that can last long after a patient achieves abstinence, he says. Many people who take opiates report difficulty in falling asleep and staying asleep. Sleep problems can be serious enough to reverse the success of drug or alcohol treatment and cause a relapse, he notes.

In addition, evidence is increasing that insomnia is a risk factor for developing psychiatric disorders, including substance use disorders. “Many people use alcohol as a sleep aid,” Dr. Khurshid noted. Alcohol can also cause or worsen sleep apnea, and can contribute to restless leg syndrome, he added. 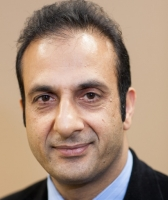 Physicians who treat patients with insomnia and other sleep disorders should inquire about their use of drugs or alcohol, and professionals treating substance use disorders should ask about patients’ sleep problems and screen them for sleep disorders, he says. “Doctors need to screen for abuse and dependence of substances when they prescribe sleep medications,” he says. “And if they prescribe a sleep aid, such as a benzodiazepine, they should do it on a short-term basis, maybe a few weeks, so the patient doesn’t become physiologically dependent.”

While sleep medications are generally safe and effective for many patients, they can be prone to abuse by patients with substance use disorders. Some insomnia drugs that are less likely to cause dependence include (but are not limited to) medications like ramelteon, the antidepressant trazodone and the anti-seizure drug gabapentin. Newer drugs are being developed that might be more effective in treating insomnia and less likely to cause dependence, he noted.

Dr. Khurshid said doctors need to be better educated about lifestyle changes a person can make to help them sleep, and about the benefits of cognitive behavioral therapy for sleep problems.

Non-drug techniques to help people with insomnia include teaching them to use the bed only for falling asleep, and not for watching television, talking on the phone or worrying about not sleeping while lying in bed. Patients should be advised to avoid caffeine, nicotine and exercise close to bedtime. Cognitive therapy can be used to identify patients’ beliefs that cause them anxiety about sleep problems, and to replace these beliefs with thoughts that promote healthy sleep behaviors.