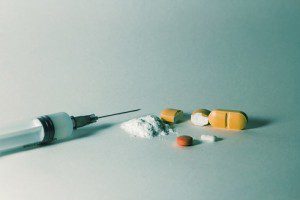 A Senate committee on Wednesday unanimously passed an amendment that would greatly increase access to buprenorphine to treat opioid addiction, according to The Huffington Post.

The amendment was sponsored by Senators Edward Markey of Massachusetts and Rand Paul of Kentucky. Under current federal rules, doctors who are certified to prescribe buprenorphine (sold as Suboxone) are allowed to write prescriptions for up to 30 patients initially. After one year, they can request authorization to prescribe up to a maximum of 100 patients.

The amendment would increase patient limits to as many as 500, and allow qualified nurse practitioners and physician assistants to prescribe buprenorphine, the article notes.

“We need to remove the barriers to effective treatment for opioid addiction, including outdated federal restrictions on medication-assisted therapies like buprenorphine,” Senator Markey said in a press release. “This treatment decreases overdose deaths, reduces transmission of HIV and Hepatitis C and saves lives.”

He noted that the current regulations contribute to long waitlists and the inability of patients to get treatment. “Approximately 2.5 million Americans who abused or were dependent on opioids in 2012, fewer than one million received treatment for their condition, partly because of these misguided federal restrictions,” he said. “If we are going to reduce the supply for heroin and illicit prescription drugs we have to reduce the demand through treatment.”

Last fall, the Department of Health and Human Services (HHS) announced it would remove some obstacles that limit the ability of doctors to prescribe buprenorphine for patients who are addicted to heroin or prescription painkillers.

HHS said it would develop revisions to the regulations “to provide a balance between expanding the supply of this important treatment, encouraging the use of evidence-based [medication-assisted treatment], and minimizing the risk of drug diversion.”