Doctors are prescribing large amounts of benzodiazepines such as Xanax and Ativan, which can cause deadly complications, an expert tells NBC News.

Dr. Anna Lembke, Chief of Addiction Medicine at Stanford University Medical Center, said complications from benzodiazepines, such as dependency and addiction, are fueling a hidden epidemic. The drugs are primarily used to treat anxiety and sleeplessness.

“Medical students, residents and even doctors in practice don’t recognize the addictive potential of benzodiazepines,” Dr. Lembke said. “There’s been all this awareness on opioids but very little focus on benzodiazepines and yet people are dying from them.”

Earlier this year, Dr. Lembke reported in the New England Journal of Medicine that there were 8,791 overdose deaths involving benzodiazepines in 2015, up from 1999 when there were 1,135 such overdose deaths. One study found that between 1996 and 2013, the number of adults filling a benzodiazepine prescription increased by 67 percent, reaching 13.5 million in 2013. 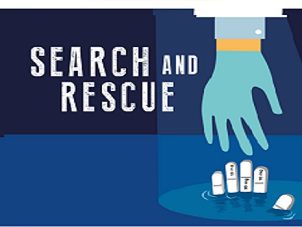