Research on Substance Abuse and Bullying Yields Some Surprising Findings 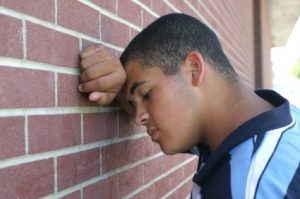 Researchers looking at the relationship between bullying and substance use in teens are coming up with some surprising findings. This is especially true in the area of bullying victimization and substance use, according to Amanda Nickerson, PhD, Professor and Director of the Alberti Center for Bullying Abuse Prevention, Graduate School of Education at the University of Buffalo in New York.

Findings to date about bullying victimization and substance use have been mixed, she notes. “Some people have found there isn’t a link. Others have found kids who are victimized and also bully others are more likely to engage in substance use, but pure victims are not.”

Some research suggests bullying victims are more likely to be depressed or withdrawn, which may protect against substance use. “If they are more withdrawn, they may shy away from peers who are using substances,” she says. Other research suggests that bullying victims may use substances to try to reduce the stress that comes from being bullied. “We have found that to be true more in adulthood and more in females,” Dr. Nickerson observes. “We’re looking more deeply at that question in adolescents.”

Dr. Nickerson, along with colleagues Jennifer Livingston, PhD (the principal investigator) and Kathleen Miller, PhD, are conducting a longitudinal study of 13- to 15-year-olds looking at teen health and relationships. The study, funded by the National Institutes of Health, has enrolled about 800 teens so far. They answer questions at the beginning of the study, and then every six months for two years.

One subset of teens who say they have been bullied is providing information online daily for eight weeks on their experience of being bullied, coping strategies, and whether they are using substances. “We are trying to figure out whether starting to use substances is related to their bullying experiences,” Dr. Nickerson said. “We’re looking for risks and protective factors—are there particular things about them, their family situations or coping strategies that protect against substance use?” Overall about one-quarter of the teens in the study say they have been bullied.

She added, “Our findings are preliminary, and we are by no means saying energy drink use causes bullying. This is a new area, and we think parents need to be educated about energy drink use.”

Another area they are studying, led by Dr. Livingston, is the relationship between bullying victimization, alcohol use and parental support. The researchers looked at 119 kids who said at the beginning of the study that they had consumed alcohol in the past month. They found teens who were severely bullied and who had strong support from their mothers and family cohesion—such as family members asking each other for help and spending free time together—were less likely to drink than bullied teens without strong maternal support and tight family bonds.

“This tells us there is something about parental support that makes them less likely to drink if they are severely bullied,” Dr. Nickerson says. “Often parents of adolescents don’t think they’re making a difference. This suggests they do. It is clear that listening to their child, and believing them when they say they are being bullied, is really critical.”