Repeal of Obamacare Could Reduce Coverage for Addiction Treatment 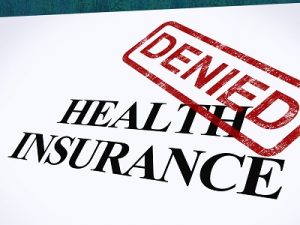 People with addiction and mental health disorders and their treatment providers are worried that repealing the Affordable Care Act (ACA) could reduce insurance coverage for these disorders, USA Today reports.

Almost 30 percent of people who received coverage through the ACA’s Medicaid expansion have a mental disorder or a substance use disorder, according to the Substance Abuse and Mental Health Services Administration. Partially repealing ACA would do away with Medicaid expansion, and would most likely replace it with block grants that would require states to make cuts in what is covered, how much is spent and how many people can receive coverage.

Senator Jeanne Shaheen of New Hampshire, a Democrat, said President-Elect Trump “pledged to take on this crisis, not immediately make matters much worse. Repealing the Affordable Care Act without a replacement is highly reckless and will come at a high cost for people struggling with substance use disorders.”