The group, Safehouse, has proposed allowing people struggling with addiction to bring drugs to the injection site and to use them. They would receive medical help if they overdose. They would also receive counseling about treatment and other health services.

A U.S. District Judge on Tuesday ruled the site does not violate federal drug laws because the intent is to save lives. “The ultimate goal of Safehouse’s proposed operation is to reduce drug use, not facilitate it, and accordingly, (the law) does not prohibit Safehouse’s proposed conduct,” U.S. District Judge Gerald McHugh wrote in a preliminary ruling last fall that he affirmed on Tuesday.

U.S. Attorney William McSwain, who argued against the plan in court hearings last year, said he will appeal the ruling. He said the Justice Department, the U.S. Surgeon General and local neighborhood groups oppose the site. 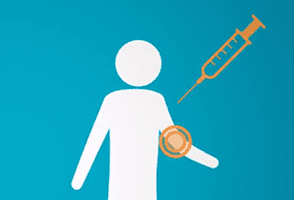 Opioids & IV Drug Use: Risks, Warning Signs & How to Help a Loved One

Watch this video series to help you understand the relationship between (and risks of) opioid addiction and IV drug use, and how to best to help your child.