Some People Can Reduce Drinking Instead of Giving Up Alcohol Altogether: Expert 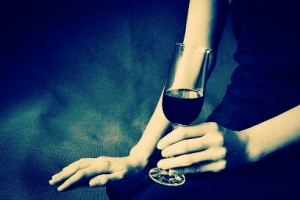 Contrary to common stereotypes, some people who drink excessively can learn to reduce their drinking without giving up alcohol altogether, according to the Director of Addiction Services at North Shore-LIJ Health System.

“We need to think about alcohol dependence and excessive drinking on a continuum, with lots of shades of gray—it’s not a black-and-white issue,” says Jon Morgenstern, PhD, who is also Associate Vice President of Substance Abuse Services at North Shore-LIJ.

Dr. Morgenstern recently spoke about treating problem drinkers who want to reduce but not quit drinking at a meeting of the New York Society of Addiction Medicine.

“The mainstream addiction treatment community tends to think there is no such thing as moderate drinking, and is very much against counseling people to cut down on drinking, as opposed to completely stopping drinking,” he says. “We need to do a better job of educating the public and professionals that some people with mild or moderate drinking problems should be offered the opportunity to reduce their drinking without giving it up altogether as a condition of being in treatment.”

Dr. Morgenstern emphasizes that this treatment approach is not appropriate for the 2 to 3 percent of people with the most severe alcohol problems. “We are talking about people with mild to moderate alcohol problems. For these people, we don’t necessarily have to tell them they have to be in a recovery program for the rest of their lives. Some of them can return to social drinking,” he said. The large majority of people who drink excessively do not get any kind of help, and this is the population he hopes to reach.

“To treat only those with the most serious alcohol problems is like treating only women with Stage 4 breast cancer, and not screening women to find those with early, more treatable stages, or waiting to treat people with heart disease until they have a heart attack,” he said.

Treatments that allow people to cut down on their drinking include a variety of behavioral therapies, including cognitive behavioral therapy and motivational interviewing, or a combination of the two, usually for 10 to 12 sessions. Medications to treat alcoholism, including naltrexone and topiramate, have also been shown in studies to help people cut down on their drinking.

An important area of research is looking at genetic markers, with a goal of matching medications to a person’s genetic profile. “It’s likely we’ll find there are a number of manifestations and varieties of drinking, just like there are a variety of types of cancer. Once we better understand this, we’ll be able to better target to a person’s individual circumstances,” Dr. Morgenstern said.

Researchers are also trying to better understand the nature of alcoholism as a disease, he said. “For people with more serious manifestations of alcoholism, such as repeated withdrawal symptoms, their brains may be different. They may drink for reasons that have more to do with maintaining equilibrium rather than enjoying drinking.”

In his research, Dr. Morgenstern and his team meet with patients to review their drinking and their goals for cutting down alcohol use, so they get to a completely safe level of drinking. “We are looking for people with good self-control and mild to moderate drinking problems,” he says.

“We exclude people who report they have had significant physiological withdrawal symptoms – such as those who have been in a detox facility, experienced delirium tremens, palpitations, or extreme sweating when they stop drinking. These are people who might commonly be in alcohol rehab,” he notes. “We also exclude people who regularly use drugs or have additional mental health problems. These are additional risk factors that may hinder people from being able to control themselves in risky drinking situations.”

People who enroll in Dr. Morgenstern’s study on reducing drinking do drink heavily on average—about 40 drinks a week, or eight or nine standard drinks in a day when they begin the study. “These are not just occasional weekend binge drinkers,” he says. Most of them are employed and well educated, and have not had significant personal problems because of their drinking, such as divorce, bankruptcy or loss of a job.

“Our approach has been to try to use science to understand what works, and not to be swayed by any one particular approach,” he says.