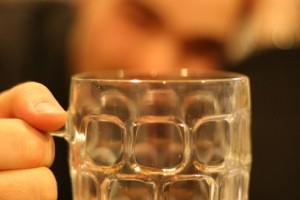 Parents who provide their teens with alcohol and a place to consume it may think they are teaching their children “responsible drinking.” A new review of studies concludes this view is misguided. Researchers found parental provision of alcohol is associated with increased teen alcohol use.

In some cases, parental provision of alcohol is also linked with increased heavy episodic drinking and higher rates of alcohol-related problems, the researchers report in the Journal of Studies on Alcohol and Drugs.

“We suspect there is a surprising amount of ‘social hosting’ going on—parents providing alcohol for their teens and their friends,” said study co-author Ken C. Winters, Ph.D., Professor in the Department of Psychiatry at the University of Minnesota Medical School. “Parents probably aren’t aware that social hosting could have criminal implications in some states if things take a bad turn. I can appreciate that social hosting is often done with good intentions. Parents think they are preventing something worse by having their kids drink at home with their friends. But the risks are great.”

Senior author Dr. Övgü Kaynak and her co-authors reviewed 22 studies that examined the association between parental provision of alcohol and teen drinking. Based on their findings, they recommend that parents discourage drinking until their children reach the legal drinking age of 21.

Parents influence their children’s risk for alcohol use in both direct and indirect ways, Winters notes. Indirectly, parents can influence their teens’ behavior by failing to monitor their activities while their child still lives at home, having permissive attitudes toward underage drinking, expressing direct approval of underage drinking, or simply by providing unguarded access to alcohol at home.

More direct ways of influencing teens’ drinking behavior include offering to buy alcohol for them, supplying alcohol for a teen party, or allowing their teen to drink at home, either supervised or unsupervised.

“The most worrisome things parents can do are to model poor behavior by drinking excessively in front of their teens, and to provide alcohol to their teens,” Winters said. “I’m not talking giving about a sip of alcohol or an occasional glass of an alcoholic beverage with a meal for an older teenager. I’m referring to parents who host a drinking party and provide alcohol, thinking they will be able to make it safe. It creates more problems than it solves.”

The researchers say there is little research to support the notion that it is possible to “teach” children to drink alcohol responsibly. They write their review “suggests that by allowing alcohol use at a young age, parents might increase the risk for progression toward unsupervised drinking more rapidly than it would otherwise have been.” Allowing teens to drink may instill a sense of comfort in alcohol use, which could increase their tendency to drink, with or without their parents present.

Parents may be giving their teens subtle messages about drinking without even realizing it, Winters notes. For instance, they may not take the opportunity to say something negative about underage drinking if they see it in a movie or TV show they are watching with their teen.

The researchers said they want parents to understand that allowing teens to drink underage, even when supervised by the parent, is always associated with a greater likelihood of drinking during adolescence over time. Social hosting is never a good idea, they emphasize. “Adolescents who attend parties where parents supply alcohol are at increased risk for heavy episodic drinking, alcohol-related problems, and drinking and driving,” they wrote.