One Million People Use Heroin in U.S., Almost Triple the 2003 Rate: Report 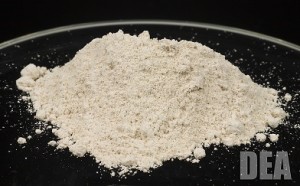 An estimated one million people used heroin in the United States in 2014, almost triple the 2003 rate, according to a new report by the United Nations Office on Drugs and Crime. Heroin-related deaths have increased five-fold since 2000, the World Drug Report 2016 found.

Heroin use is at its highest level in 20 years in the United States, CBS News reports. The report calls the rise in heroin use in some regions of the world alarming. “While the challenges posed by new psychoactive substances remain a serious concern, heroin continues to be the drug that kills the most people. This resurgence must be addressed urgently,” the report concludes.

Western and Central Europe have also been hit hard by heroin use and overdose deaths in the last two years, the report notes.

“The build-up or depletion of previous years’ opium inventories may be used to offset annual changes in production and maintain the supply of heroin to user markets. It may take a period of sustained decline in opium production for the repercussions to be felt in the heroin market,” the report stated.

Heroin abuse is an especially big problem in prisons, according to the report. The UN recommended looking at alternatives to conviction or incarceration.