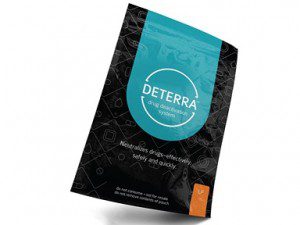 A new technology allows patients to safely dispose of unwanted or expired prescription painkillers at home. Hooshang Shanehsaz, RPh, DPH, Director of Pharmacy at Cardinal Health, who co-directed a pilot study of the drug deactivation system, says patients found it easy to use.

A person using the Deterra® Drug Deactivation System simply puts their medication in a bag containing a carbon that bonds to pharmaceutical compounds when water is added. The person adds water and shakes it up to neutralize the active ingredient in the drug, explains Dr. Shanehsaz, who is Vice President of the Delaware Board of Pharmacy. The biodegradable bag can then be placed into the trash.

In contrast, the Deterra® system neutralizes 98 percent of the medication, using a form of activated charcoal, he noted. The bag can then be disposed of safely, without the risk of the drugs entering the water supply or landfill.

The bags in the pilot program came in two sizes. The small size fits up to 15 pills, while the large bags fit between 60 and 90 pills. The bags also can be used to deactivate liquid or patches. The small bag costs less than $3.

Last year, the company partnered with the Delaware Prescription Drug Action Committee and the Delaware Pharmacists Society to distribute more than 1,200 drug deactivation bags through six pharmacies to patients picking up prescriptions for opioid painkillers and benzodiazepines. “Pharmacists and pharmacy personnel handing out the bags used the opportunity to educate patients about why they shouldn’t have unused medicine sitting at home in their medicine cabinet,” Dr. Shanehsaz said.

In many communities, drug take-back programs are an important component of combating prescription drug abuse. But these programs aren’t convenient for many people, says Dr. Shanehsaz, who spoke about the drug deactivation system at the recent National Rx Drug Abuse and Heroin Summit. “Drop-off boxes are often in police stations, which may not be easy for people to get to with public transportation. And not everyone wants to enter a police station with a bag of medication.”

When police stations or other community groups collect drugs through take-back programs, the medications are burned. “After that we are still left with material that is damaging to the environment,” Dr. Shanehsaz said. Sites destroying the medication must be certified to handle hazardous materials, he noted.

Through Delaware’s prescription drug monitoring program, health officials found out patients ages 31 to 75 receive more than 71 percent of opioid prescriptions, and 76 percent of benzodiazepine prescriptions. Many people in this age range have children and grandchildren who potentially could abuse these medications, or accidentally become poisoned by them.

“Since over 60 percent of people who abuse medications get them from friends and family, this age group may be unknowingly contributing to the problem,” he said.

Participants in the pilot program were asked to complete an online survey, which revealed more than half of people used the drug deactivation bag within 40 days of receiving it. “This told us many people had extra medication they had held onto,” Dr. Shanehsaz said.

They said the instructions for using the bag were clear and easy, and they had no problems using it. Everyone said they would use it again, and 80 percent would recommend it to others.

In a new pilot program, three pharmacies in Delaware are distributing the deactivation bags with all prescriptions, not just opioids and benzodiazepines. Dr. Shanehsaz, who has no financial interest in the Deterra® product, is an advisor to the new pilot. “We’re seeing other medications, including antidepressants and hormones, showing up in our water system,” he says. Dr. Shanehsaz eventually would like to see physicians distribute the bags, especially doctors who write a lot of opioid prescriptions, such as orthopedists.