Kratom-Related Calls to Poison Control Centers on the Rise

Poison control centers report a growing number of calls related to the herbal supplement kratom, according to The Washington Post.

There were more than 1,800 calls related to kratom exposures from January 2011 through December 2017, researchers report in the journal Clinical Toxicology. Sixty-five percent of the calls were made in 2016 and 2017.

The supplement is not regulated by the Food and Drug Administration (FDA) because it is not considered a drug. Kratom is legal in most states. It is taken to relieve pain or ease the effects of opioid withdrawal. Some people take it to boost their mood or help with anxiety or depression.

In September 2018, FDA Commissioner Scott Gottlieb released a statement that said there have been no adequate and well-controlled scientific studies involving the use of kratom as a treatment for opioid use withdrawal or other diseases in humans.

The FDA has said that kratom carries the risk of abuse, addiction and in some cases, death. 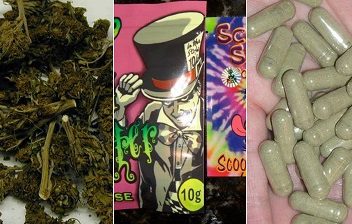 What Are the Current Drug Trends Among Teens and Young Adults?

Drug trends among teens today still include marijuana, opioids and hallucinogens, but also newcomers like kratom, K2/Spice and others purchased online.