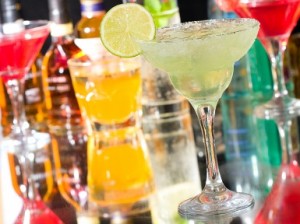 Not all Hispanic groups are equal when it comes to drinking and alcohol-related problems, according to an expert who has been studying the issue for many years.

“In general, what you see is a higher level of drinking and binge drinking among Puerto Ricans and Mexican Americans, compared with Cuban-Americans and South/Central Americans,” says Dr. Raul Caetano, MD, MPH, PhD, Senior Research Scientist at the Prevention Research Center of the Pacific Institute for Research and Evaluation.

Cuban-Americans tend to have lower rates of heavier drinking than the other three groups, said Dr. Caetano, who spoke at the recent Association for Medical Education and Research in Substance Abuse annual meeting.

Dr. Caetano says some of the differences among Hispanic groups have roots in cultural norms and acceptance of drinking in each country. “Mexicans have a history of what’s called fiesta drinking—a pattern of more infrequent drinking, but when they drink, they drink heavily,” he said.

Dr. Caetano said he decided to study the issue of Hispanic groups and drinking because the federal government lumps together different national groups under the term Hispanic. “We knew they were very different because drinking in their countries is very different,” he said. “But there were no consistent large-scale analyses that could show what the differences were.”

The information from his research could be used at the local level to help public health officials better target prevention messages and treatment to Hispanic groups in each community, he said.

“It’s a common immigrant story – those who are born in this country are at greater risk for a series of bad health-related outcomes, compared with immigrants who were born elsewhere and moved here,” he said.

There are two main hypotheses for this, Dr. Caetano explained. One is known as selective migration—only people who are healthier migrate, so the first generation of immigrants is strong enough for the physical and mental challenges they face in their new country.

Another theory is that migrants come with relatively low expectations, and anything they acquire is seen as positive. “People who are born in the U.S., in contrast, grow up with many more expectations. Because they are in a minority ethnic group and have a disadvantaged socioeconomic status, they are at risk for bad health outcomes,” Dr. Caetano said. “No one knows if one of these theories is stronger than the other, or whether they are both at work.”