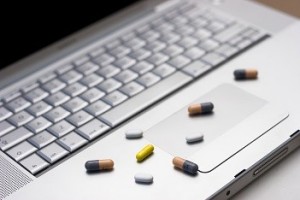 A growing number of workers in a wide variety of professions are abusing stimulants in an effort to stay competitive, experts tell The New York Times.

Abuse of stimulants to treat attention deficit hyperactivity disorder (ADHD), such as Adderall, Vyvanse and Concerta, has long been an issue for college students. A recent analysis estimated that 17 percent of college students misuse ADHD drugs.

There are no reliable estimates of how many American workers misuse stimulants, several experts told the newspaper. But dozens of people interviewed by The New York Times said they and co-workers misused stimulants. Most users said they got the medication by pretending to have symptoms of ADHD. Some got them from friends or dealers, the article notes.

These drugs, when taken in high doses, can cause anxiety, addiction and hallucinations. Some doctors and medical ethicists are concerned there is pressure in some workplaces to use stimulants in an attempt to become more productive.

“You’d see addiction in students, but it was pretty rare to see it in an adult,” said Dr. Kimberly Dennis, the Medical Director of Timberline Knolls, a substance-abuse treatment facility for women outside Chicago. “We are definitely seeing more than one year ago, more than two years ago, especially in the age range of 25 to 45.”

“Given the increase in rates of abuse in college students over the last decade, it is essential that we understand the outcomes as they leave college and assume adult roles,” said Dr. Wilson Compton, the Deputy Director of the National Institute on Drug Abuse.

According to Express Scripts, the nation’s largest prescription drug manager, use of ADHD medication has increased rapidly. About 2.6 million American adults received ADHD drugs in 2012, a rise of 53 percent in only four years. Use among adults 26 to 34 almost doubled.