Former NBA player Chris Herren is featured in a new substance use prevention education film, The First Day. The film will premiere on ESPN on July 16, at 8PM ET. It is presented by Center on Addiction and Cigna.

The film focuses on the reasons why young people turn to substances in the first place, instead of dwelling on later stages of addiction. It includes discussion materials, education curricula and resources to help communities prevent and treat substance use disorder. Herren teamed up with award-winning filmmaker Jonathan Hock to make the film.

“The focus oftentimes is about the worst day when it comes to speaking about addiction and not the first day,” Herren said in a news release. “Kids and parents need to understand how this begins rather than how it ends. Prevention starts on the first day.” 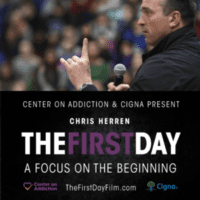 Download materials about the film, support materials and resources developed for The First Day film.