In Fight Against Opioid Addiction, Congress Focuses on Treatment, Not Restricting Access 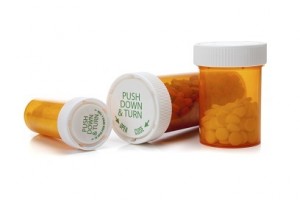 Congress is focusing on expanding treatment for opioid addiction instead of restricting access to painkillers in its efforts to address the opioid epidemic, The New York Times reports.

Legislators seem to be willing to allow opioid prescriptions to remain widely accessible, the article notes.

The U.S. House, after overwhelmingly approving 18 bills last week aimed at addressing the nation’s opioid crisis, will work with the Senate to craft compromise legislation. The bills would increase prescription drug monitoring and treatment; fund efforts to dispose of prescription drugs; and assist states that want to expand the availability of the opioid overdose antidote naloxone. The Senate bill would expand the availability of medication-assisted treatment, including in criminal justice settings, and would support treatment as an alternative to incarceration.

Last month, Congress passed a measure, signed by President Obama, that limited the powers of the Drug Enforcement Administration (DEA) to go after pharmacies and wholesalers the agency believes have contributed to the opioid epidemic.

Chain pharmacies and drug distributors said DEA investigations hurt their businesses when the agency ordered immediate closures of pharmacies determined to be destinations for people addicted to opioids who were looking for more pills.

“The DEA has employed the same disrupt-and-dismantle tactics to take down international drug cartels and other criminals as it does to combat prescription drug abuse,” said John Gray, the President of the Healthcare Distribution Management Association, a trade organization for drug wholesalers.

Current and former DEA officials said a powerful lobby got the law passed. “Under this law, the bad actors simply have to promise to be good, and we won’t take them to court to punish them for what they’ve already done,” said Joseph T. Rannazzisi, former Director of the DEA’s Office of Diversion Control. “It’s obvious that industry had a very strong hand in crafting this bill.”