E-Cigarettes Banned on Commercial Flights To and From United States 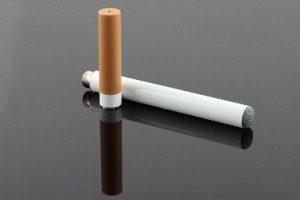 E-cigarettes have been banned on commercial flights to and from the United States, the Department of Transportation (DOT) announced Wednesday. The rule applies to both U.S. and foreign airlines, Reuters reports.

“This final rule is important because it protects airline passengers from unwanted exposure to aerosol fumes that occur when electronic cigarettes are used onboard airplanes,” Transportation Secretary Anthony Foxx said in a statement. “The department took a practical approach to eliminate any confusion between tobacco cigarettes and e-cigarettes by applying the same restrictions to both.”

While no U.S. airline allows e-cigarette use, the DOT said some charter flights may have allowed them. The regulation states, “We believe that without a clear, uniform regulation, some carriers may feel free to adopt policies that allow the use of e cigarettes onboard aircraft.”

The DOT said it is particularly concerned that vulnerable populations, such as children, the elderly and passengers with respiratory issues, would be exposed to the aerosol within a confined space, without the opportunity to avoid the chemicals.

The rule explicitly bans the use of e-cigarettes in all forms, including electronic cigars, pipes, and devices designed to look like everyday products such as pens. The ban does not include the use of medical devices such as nebulizers.

In October 2015, the DOT banned airline passengers from packing e-cigarettes and other battery-operated electronic smoking devices in their checked bags because of the risk of fires.

E-cigarettes are allowed in carry-on bags, but passengers will not be able to recharge them on the plane. There have been at least 26 incidents since 2009 in which explosions or fires on planes have been caused by e-cigarettes. In several cases, the devices were packed in luggage.